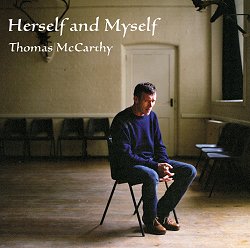 When I reviewed Thomas's first CD, Round Top Wagon, I noted that there were: a lot of good and interesting songs on this CD, many of which came from Tommy's mother, Mary.  This second CD is in fact dedicated to Mary McCarthy, and contains some five more of her songs (one of which she sings herself), plus one whole page of the booklet contains a moving account of their musical lives together in London and Ireland.   As with the first CD, there are also several more songs from his grandfather and uncles, plus a couple of Thomas's own compositions.

It seems to me (I may be wrong) that Thomas concentrated on the rare and unusual family songs in his huge repertoire during his early years on the 'folk scene', and on his first CD.  These days, and on this CD, he seems to be singing the ones he likes most - which means that there are more versions of songs with which we are familiar.  This allows for a clearer idea of his singing style - so that in Lady Margaret, for example, one can see exactly what it is that makes him such an interesting singer.  I've often praised some good English traditional singers for the way that they can effectively communicate the emotional aspects of the story, and keep the listener's attention, without resorting to any obvious musical ploys.  Some other singers do use obvious musical ploys - and they seem to do so more in Ireland.  Thomas is clearly one of these and, as I said, on this CD it's much easier to hear what it is he does.  Beyond the extensive use of decorations, he both shortens and lengthens lines, particularly melodically, varies the melody considerably, and often almost swallows words.  This is not the place to try to describe his methods more fully, but they clearly work; at a recent Bristol gig, he sang to an enraptured audience for two and a half hours without a break!  No one seemed able to tell him to stop for the interval! 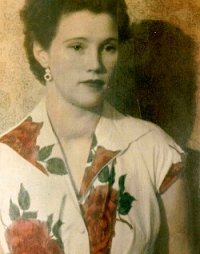 Mary McCarthy's song, Young Willie, is extremely interesting - seeming to be related to the Molly Bhán ballad, but: 'my Mother insists it is about a Catholic girl and a Protestant boy ... The father shoots him because he wasn't good enough for her - and then she turns into a swan.'  What's equally interesting is that Mary sings in a very similar style to the wonderful Mary Delaney (on From Puck to Appleby, MTCD325-6), who was one of their relatives.  The interesting aspect of this is that Thomas doesn't really sound very much like his mother, or indeed, any of his other relatives on From Puck to Appleby.  He tells how his mother was very strict about him getting the song absolutely correctly, but then would say: "Now do your own thing on it."  It would appear that he has!

There are some lovely songs here; the humourous song, Little Mary Cassidy is a delight, as is Growling Old Woman.  On a more serious note, the song of emigration, I Must Away, is a splendid addition to the canon.

The excellent CD will be released on Wednesday 24th September at the Old Queens Head, Islington, 8pm, and will also be available for download iTunes and Amazon and from Thomas McCarthy's website: www.thomasmccarthyfolk.com   If you can't wait 'til then, Thomas is selling them at his gigs now.