As you may be aware Cyril had been ill for some long time.  He died this afternoon, Thursday 21st April at 1pm.  The Funeral will be at Heavitree Parish Church on Tuesday 3rd May at 11 am.

I have just been informed by our accounts department here that the collection following Bob's funeral and the A Toast to Bob event amassed a net total of £3,400.  We also took £1,300 in sales.  So once again, many thanks for all your support.  I hope you all agree it was a fitting memorial to Bob. Best wishes,

'Down the Wires' - Matthew Parris uncovers the remarkable story of the first sound broadcasting service to operate in Britain.  Uning telephone lines to pipe audio from theatres, opera houses and news events into homes, the Electrophone had a major impact.  Included here are rare, recently restored archive recordings from this lost era of radio broadcasting, providing a hitherto unheard glimpse of life in Victorian and Edwardian Britain.

Sad to report, the great Sean McGuire died on Thursday, March 24, aged 77.  Arguably the greatest fiddle player ever to have come out of Ireland, Sean's arrangement of The Mason's Apron became the benchmark for aspiring fiddle players.  Classically trained, his music sometimes offended purists but nonetheless he was held in awe by fiddle players around the world.  He had been devoting most of his energies to teaching in recent years but was still actively playing until shortly before Christmas, when he suffered a stroke.

It was a privilege to have got to know him well over the past twenty years or so.  His funeral is at 10am on Monday in Belfast, St Luke's, Twinbrook and then to Milltown cemetery.

There is a very fine biography of the man at: www.iol.ie/~ronolan/maguire.html

Keith Summers (1948-2004) was a keen recorder of traditional musicians and singers, from Suffolk to Fermanagh to Black music traditions in London, as well as being a Blues enthusiast, founder of Musical Traditions magazine and a good ol' boy.

It was one of his last requests that some musical events should be held in his memory, and the first will take place over the weekend of 20th-22nd May, at The King and Queen, 1 Foley Street, London W1P 7LE, home of the Musical Traditions Club, of which Keith was co-founder in 1990.  Saturday will feature tributes to Keith and a singing session based on Keith’s last-published recordings, The Hardy Sons of Dan.  (For those who did not know him, look at the Keith Summers memorial page)

Dave Sutherland of Nottingham's 'Traditions at the Tiger' folk club tells me that the March edition of the 'Tatters' newsletter is dedicated to the memory of both Andy Leith and Sid Long and includes many tributes from members of the folk world.  Anyone who would like to receive a copy on-line should contact Dave at: dsutherland3@hotmail.com

A Toast to Bob 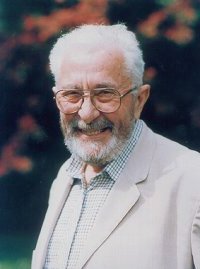 A day of music and song to celebrate the life of Bob Copper.  Saturday 2nd April, 2005, at Cecil Sharp House

All proceeds in aid of the Vaughan Williams Memorial Library

Programme for the day:

The following performers have so far agreed to appear:

Featuring some of the best traditional singers and musicians.

The English Country Music Weekend is to take place at Postlip Hall, Glos, again in 2005.

Chris Orme from Notts Alliance phoned me last night to tell me that Sid Long had died suddenly the night before (Monday).  They apparently did a gig on Saturday night - strangely enough, in the Phoenix in Leicester, the first place they ever sang together as Notts Alliance - and Sid was complaining of indigestion pains.  He didn't turn up for the group's rehearsal on Monday night, and, as he was always completely reliable, they were worried and went to his house.  His car was outside but there were no lights on; so they called the police, who broke in.  Sid was still alive at that point, but died later in hospital. Chris thinks it was probably a heart problem.

Sid is to be cremated on Thursday, 27th January at Gilroes in Leicester.  Unfortunately, owing to the small size of the venue, attendance at this ceremony will have to be limited to family and closest friends only.

Following the cremation, however, there will be an 'event' at the Y Theatre, 7 East Street, Leicester LE1 6EY, from about 3.30 onwards.  There is a map giving the location of the Y at www.ents24.com/web/venue/14841/Leicester/Y_Theatre.html

P J Crotty has lost his battle with leukemia and died in Clare on January 7th.  He was one of those figures who was held in the highest esteem by the traditional music community in Ireland and abroad as an outstanding flute player and cornerstone of Clare music.

Just heard that Cathie Stewart died (yesterday, I think).  More details when I have them.

Sam Smiths Brewery has just announced that it is taking out all the juke boxes in its pubs and also stopping all live music.  This means that the famous White Horse Folk Club in 'Nellies', Beverley, will have to shut after almost 30 years.  It will no doubt affect many other folk clubs and live music clubs around the country - especially in the North of England.  Is the just the start of live music bearing the brunt of the Government's new legislation?

Tell Mr Smith why the live music scene (especially folk music) is so valuable to our culture and heritage and why it must be allowed to continue.  Many young and older people start of their music careers in the folk clubs - I started mine in Nellies!  We cannot afford to lose this resource.

Sam Smiths do not have an email address - or not one that they are owning up to - so letters look like being the only way.

A chance to hear four people who have made significant contributions to the documenting of traditional culture in Britain and Ireland talking about their life and work. The day will include contributions from:

Jointly organised by the Traditional Song Forum and the Vaughan Williams Memorial Library.  Open to all, no booking necessary – a contribution of £6 per head will be charged to help cover expenses.  We hope also to have a second-hand book sale on the day.

In the afternoon, we will also be attending the:

The Remembering Fred event at Cecil Sharp House 22nd November 2003, celebrated the life of Shropshire singer Fred Jordan (1922-2002).  Proceeds and donations for a fitting memorial to Fred were used to commission Forest of Dean sculptor John Wakefield to make a relief sculpture - Fred was fond of the grain of wood, as he was of horses, horse brasses and old songs.  The sculpture will be officially unveiled in the Foyer of Cecil Sharp House at 3pm.

A full and detailed obituary can be found at: http://news.independent.co.uk/low_res/story.jsp?story=593183&host=3&dir=271 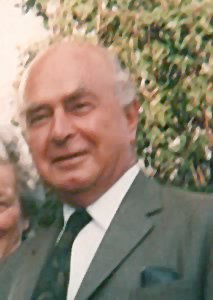 Paul Saville Duncan, the grandson of the great Scottish folksong collector, the Reverend James Bruce Duncan, died at Kings Lynn on 24 November 2004.  Born in Kirkby-in-Ashfield, Nottinghamshire in 1920, he was educated at Nottingham High School and before and after Army service, at Jesus College, Cambridge, where he read English.  He followed a teaching career at Mill Hill School, becoming a Director of Education.  His father, Dr Ernest Paul Duncan (MB Aberdeen 1911), had died young in 1925 after being demobbed from the RAMC from war service in Mesopotamia in 1917.  Ernest and his sister Katharine had been the only survivors of the Reverend Duncan’s family when the U P minister joined Gavin Greig, schoolmaster at Whitehill, New Deer, in 1905 in the search for ‘what remained’ of the traditional music and song of the North-East commissioned by the New Spalding Club.

We now know that this world-famous duo were to amass over 3000 texts and tunes before Greig died in 1914 and Duncan in 1917, but without ever having managed to get their huge collection into print.  The country was on a war footing, and their material was meantime preserved in Aberdeen University’s archives, with only the great classical ballads it contained, such as Sir Patrick Spens (some 13% of the total collection), published as the internationally acclaimed Last Leaves of Traditional Ballads and Ballads Airs collected in Aberdeenshire by the late Gavin Greig, edited by Alexander Keith for the Buchan Club in 1925.  The University, unfortunately, had no success thereafter in gaining funding to publish the remaining songs, for the impression had been gained that all those of any value were in Last Leaves.  Worse still, in 1921 Katharine Duncan had taken away her father’s notebooks, claiming they were family property.  Many of Duncan’s songs had indeed come from his family, and Katharine (a secretary herself) may well also have been concerned by the entries of ‘doubtful’ verses and songs that he had made in shorthand.

The collection itself thus remained incomplete until Katharine’s death in 1959, when, to everyone’s relief, the missing notebooks were found in her bank box and restored to the archives.  There the collection was consulted by a number of research workers such as James Carpenter from Harvard, Hamish Henderson and Peter Hall, but, sadly, did not play a great part in the folk song revival.

In 1964, however, Paul Duncan took his grandfather’s notebooks to the English Folk Dance and Song Society, where their worth was immediately recognised and a joint project with the University of Aberdeen and the School of Scottish Studies to publish the entire Greig-Duncan Folk Song Collection was soon under way.  The EFDSS provided the first editor, Patrick Shuldham-Shaw, who died in 1977, leaving Dr Emily Lyle of the School of Scottish Studies with the onerous task of seeing the project through to completion - eight superb volumes (AUP, later Mercat Press) in 2002.

This was, admittedly, a hundred years after the project had first been mooted by the New Spalding Club, but had it not been for the persistence and determination of Duncan’s grandson, Paul Duncan, one of the finest collections of traditional song ever made might not have seen the light of day in its glorious entirety.  Scotland alone should be eternally grateful to him.

Around the Hills of Clare CD now available 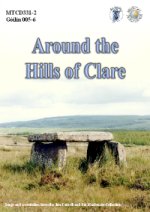 We are proud to announce that our latest CD - Around the Hills of Clare (MTCD331-2) is now available.  This is a compilation of songs and a recitation from Jim Carroll and Pat Mackenzie's 1973-2004 recordings of 16 singers from west Co Clare, and includes Tom Lenihan, Nora Cleary, Straighty Flanagan, Ollie Conway, Martin Howley ...

The complete booklet notes are also available here as an Article.