The EFDSS are producing another song book based on Sharp's manuscripts.  It will be called Dear Companion: Appalachian traditional songs and singers from the Cecil Sharp Collection.  Compiled and edited by Mike Yates, Elaine Bradtke, and Malcolm Taylor.  It will be along the lines of Still Growing and include 53 songs with tunes and copiously illustrated, many images never before published.  It should be available before Christmas 2004.

The Field Recorders' Collective consists of five American collectors, each of whom is dedicated to making his field recordings available to members of the old time community.  The collectors concerned are: Ray Alden, Andy Cahan, Jeff Goehring, Peter Hoover, and the Brandwine Friends of Old Time Music.

They have begun by issuing 10 CDs, two from each collector, to be available the first week in August.  Further details can be found at: www.traditional-music.com

Following the success of last year's ECMW at High Bradfield outside Sheffield, Mark Davies has decided to do something similar this year at the same venue.  The event is on 13th to 15th August at Edgemount Farm, Lumb Lane, High Bradfield S6 6LJ, and surrounding pubs.

The Singer and the Scribe

I've just heard of the publication of this new book on ballads.  It sounds a bit too specialist for an MT review, but I think it's worth putting on this page, for the few readers who'll be interested - Ed.

The Singer and the Scribe brings together studies of the European ballad from the Middle Ages to the twentieth century by major authorities in the field. It offers an original view of the development of the ballad by focusing on the interplay and interdependence of written and oral transmission, including studies of modern singers and their repertoires and of the role of the audience in generating a literary product which continues to live in performance.

Sorry to add to the lengthy list of deaths of people connected with traditional music, but I've just learned that Norfolk hammered dulcimer player Molly Whittaker of Wells-next-the-Sea passed away on 4 May.

The American Folklife Center at the Library of Congress (AFC) is pleased to announce that the National Endowment for the Humanities (NEH) has awarded a grant of $150,000 for work on a scholarly edition of the AFC's James Madison Carpenter Collection.  The Carpenter collection is one of the most significant collections of British traditions of the twentieth century.

Folklorist James Madison Carpenter (1888-1983) received his Harvard doctorate in 1929.  Immediately, he set off for the UK, where over the next six years, he collected over 6,000 song texts, 500 versions of folk plays, as well as narratives, games, and other traditions.  In addition, Carpenter's subsequent work in the United States yielded an important body of material, including some of the earliest and best African-American narrative recordings.

In 1972, the Library of Congress purchased the collection from Dr Carpenter himself.  In 1999, Dr Julia Bishop, leading a team of British folklore scholars, created an item-level catalog, making the Carpenter materials accessible to the public.  This catalog is now available at www.hrionline.ac.uk/carpenter/index.html, and it was the first step toward the scholarly publication of this rare musical archive.

The NEH grant will allow the completion of the first phase of the critical edition, which will cover the Child ballads, sea shanties, folk plays, songs associated with folk play and folk dance, and instrumental music.  For the first time, Carpenter's extensive treasury of texts and transcriptions will be available in print.  The AFC has completed the digitization of all items in the Carpenter collection, and plans to place this collection online in the near future.  The NEH grant will allow this major collaborative effort to continue, with the goal being complete public accessibility to one of the most important collections of British folk music, dance and drama.

Boston-born Joe Derrane, whose return to the button accordion in 1994 is widely considered the greatest comeback in the history of Irish traditional music, has been chosen by the National Endowment for the Arts as a National Heritage Fellowship recipient for 2004.  It is America's highest honor in folk and traditional arts.

Sorry to bring more bad news to the music world, following on from Bob Copper and Keith Summers, but we had Sylvia Barnes on the phone to us last night to tell us that Jim had died the previous evening, Tuesday the 18th May.  He had been suffering some pain for the last few days and as she tried to help him up to bed that evening, he collapsed and died.

His funeral is to be on Wednesday 26th May, 3pm at Falkirk Crematorium, Dorriter Road, Camelon, Falkirk, for friends who may wish to attend.

Don't forget to check out The Traditional Music Hour on Resonance Radio, broadcasting Thursdays 2-3pm on 104.4 FM (in London), and thereafter on the Internet.

As part of this ongoing series presented by Reg Hall and others, Peta Webb and Ken Hall will be presenting a tribute to Keith Summers on Thursday 27th May.

There will be a meet and a session at the Ram Inn, Firle on Friday 16th April from 8:15 onwards for all those who have travelled down for Bob Copper's memorial service the following day and find themselves with nothing to do in Sussex on a Friday night.

It has also been suggested that vehicular access at Rottingdean may well be extremely congested, and that out-of-area visitors would be well-advised to travel by train to Brighton - there is an excellent bus service from Brighton Railway Station, six or seven an hour.  Full details at: www.buses.co.uk/careers/welcome.htm

I notice in your excellent 'MT Pictures' you have a photo taken at The Greyhound, Tinsley Green, Sussex, in 1936, and showing, according to Reg Hall, the legendary George 'Pop' Maynard.  I think you will find that this gent is in fact Sam Spooner, known as 'The grand old man of marbles'.  Check another photo of Sam at: www.marblemuseum.org/tinsley/players.html   Second picture down.

If driving in on the A127, avoid town centre, follow signs to Shoeburyness.  You will pass Tesco Superstore on the left, go straight on at Cuckoo Corner roundabout, past Priory Park on your right.  At the next large roundabout turn left into Sutton Road, before the road becomes Royal Artillery Way.  If coming by train, you will need a taxi.

After the ceremony you are invited to adjourn to The Spreadeagle, Victoria Avenue, Southend (near the junction with West Street/East Street; near the football ground and opposite Prittlewell Church). There is very limited parking at the pub, try surrounding streets.

Resonance Radio - 104.4 FM - will be broadcasting a tribute to Keith Summers by re-playing one of his programmes in The Traditional Music Hour at 2:00 p.m on Thursday 15th April.

Similarly, as a tribute to Bob Copper, they will re-broadcast a ninety-minute programme on him in Clear Spot on Monday 5th April at 7:00 pm.

Resonance FM is an arts radio station with a limited range in central London, but all programmes can be picked up on the internet www.resonancefm.com at the time and during the following week.

All are welcome to attend Bob's memorial service which will be held at St Margaret's Parish Church, Rottingdean, at 11:30 am on Saturday 17th April.  At 11:00 am Bob's ashes will be conveyed by farm wagon from the seafront (outside the Coach House pub) up Rottingdean High Street, around the village pond and thence to the church.  We welcome those who wish to join the family at the southern end of the High Street to follow the wagon around the village prior to the memorial.

The family wishes to express deep gratitude to all those who have sent messages of condolence.  We are humbled by the incredible love for Bob and the respect in which he was held by you all.

No flowers please; rather, if you feel it to be appropriate, donations please with cheques made payable to The Vaughan Williams Memorial Library and sent to the funeral director who is Christopher Stringer, 67 High Street, Rottingdean, East Sussex, BN2 7HE. 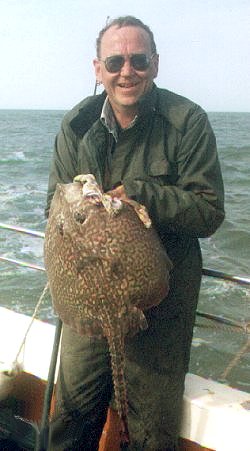 An Obituary, by Paul Marsh, is now online in these pages.

I am particularly sorry to have to announce the death, earlier this morning (30.3.04), of my friend and co-editor, Keith Summers.  Many of you will have known that Keith has been ill for several years; fewer, I think, will know that he was diagnosed with cancer some 18 months ago.

Keith will be remembered for the wonderful work he did collecting songs in East Anglia and Fermanagh, and as the founding editor of the Musical Traditions Magazine.  Southend United Football Club have also lost their number one fan.

Those readers who have bought, or seen the booklet notes to The Hardy Sons of Dan, may have noted the unusually large number of names in the Credits section; this was because there was an all-out effort to get the CDs published while Keith was alive to see them.  My thanks to all concerned that the job was accomplished with a couple of weeks to spare - and Keith was absolutely delighted with the result.

The cremation will be on Thursday 8th April at 11.40 a.m at Sutton Road Crematorium, Southend - after which you are invited to adjourn to The Spreadeagle, Victoria Avenue, Southend (near the football ground) (this venue tbc).

Keith never mentioned a religious service but one involving music.  We would like friends to pay tribute in the form of short speeches or musical contributions, or by suggesting relevant CD tracks to be played.  John Bath has already suggested Abide with Me from the football fraternity.  Please send suggestions to Peta and Ken (Petawebken@aol.com) so that we can get them into some sort of order.

Keith expressed a wish for his football friends and music friends "to get together for a good piss-up".  No doubt we can all manage that!

There is now a Keith Summers Memorial page, with a link on the Home Page, for memories, stories, appreciations and comments from people who knew the man who started Musical Traditions.  Please feel free to e-mail me your own contribution.  Photos welcome - Ed.

Sorry to add to the melancoly, but there are two more important deaths to report:

Bob Holt of Ava, Missouri died 3/19/04 after a long struggle with cancer.  He was designated a National Heritage fellow a few years ago and released records on both his own label and Rounder.  You have a profile of Bob amongst your articles.

Less well known, perhaps, is Allan MacDonald who passed away on 3/29/04 in Detroit from complications of emphysema.  Originally from Inverness County, NS, Allan was the last member of the Five MacDonalds group that recorded two influential LPs of Cape Breton music for Celtic in the 1960s.

Both men were distinguished by their exceptional friendliness and their encouragement of younger musicians.

In January he celebrated his 89th birthday; on Thursday (25.3.04) he went to Buckingham Palace to receive his MBE; at the weekend there was a family celebratory meal ... towards the end of which he began to feel unwell, and was admitted to hospital.  On Monday (29.3.04) he died.

While this is a great loss to all of us who remain, I would imagine that most of us might wish for an equally swift and fulfilling end to our lives.