Anyone who never caught up with Rounder's Hobart Smith CD of about 3 years ago, Blue Ridge Legacy - Rounder Records CD 1799 (reviewed here), will be interested to learn that Red Lick now have copies of this important release at just £8.00.  For further information, check their website at www.redlickrecords.co.uk/db/justin.doc

The traditional song and folk music world will be shocked to hear news that Sheila Stewart, the noted traditional ballad singer and storyteller has been diagnosed with breast cancer.  Sheila is expecting to go into hospital in Perth in late March for a mastectomy operation and chemotherapy.  She has been advised by her doctor to cancel all her folk club and festival bookings for the rest of the year.  Among the events Sheila will be cancelling are the Fife Traditional Singing Weekend in May, the Sidmouth Festival in August and to the Cape Clear Storytelling Festival in Ireland in September.

Having spoken to Sheila yesterday, she has asked that the information be passed on.  Sheila would be happy to hear from old friends by mail or telephone at 42 High Street, Rattray, Blairgowrie, Perthshire tel 01250 874829 and says she plans to be back at the ballads and the storytelling and the folk clubs and festivals as soon as she is able. 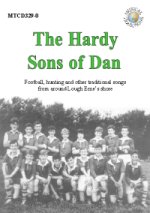 Anyone who was impressed by Seán Corcoran's Here is a Health cassette will be sure to enjoy what Keith Summers has put together from his six years of intermittent working in the north of Ireland: 1977-1983 recordings of 14 singers from Fermanagh and surrounding areas.  This brand new MT CD includes the likes of Maggie Murphy, Phil McDermott, James and Paddy Halpin, Mary Ann Connolly, Big John Maguire ... and is titled The Hardy Sons of Dan - football, hunting and other traditional songs from around Lough Erne's shore

It is the 'other traditional songs' which comprise the great majority of the 37 tracks, and that there are only two football and four hunting songs included - but all are excellent examples of the genre.  As usual, it comes in a double DVD case with a very informative 40-page integral booklet including lots of colour photos and full song texts.  The CDs can be bought from me at the address at the foot of the page, or by credit/debit card from the MT Records website, priced £16.00 inc UK p&p.  The booklet contents are also available online here as an article.

Ron Somers died in London on 28 February 2004 approching the age of 87.  He is best known, in the context of this website, as the drummer with The Rakes and Jimmy Power's Four Courts Ceili Band, as the secretary of the Fulham branch of Comhaltas Ceoltiori Eireann in the early 1960s, and as a frequent visitor to the annual National festival at Sutton Bonnington, where he used to pal up with Fred Jordan and Freddie MacKay.  He had a long history as a semi-pro drummer in London, and was particularly proud of having played with Fats Waller in the Nest Club in Soho before the war and with West Indian and African musicians (including Lord Kitchener and Lord Beginner) in west London in the 1950s.

Funeral is at Eltham Crematorium (beside Falconwood Station BR) on Thursday 11.3.04 at 1:45.

King of the Concert Flute

On Saturday, 13th March, at 9:00 pm, Seamus Tansey, the renowned Sligo flute player, will be appearing in concert at The Auld Triangle, on the corner of Plimsoll Road and St Thomas's Road, Finsbury Park, London, N4.  The nearest underground station is Finsbury Park.  This is his only appearance on this trip.

This new book by Shirley Collins is to be launched at Cecil Sharp House on Tuesday 25th May.  The exact timing is yet to be finalised but should be around 6 to 6.30pm.  Shirley will give a short reading from the book and will, of course, be available to sign copies.  Admittance is free but tickets must be applied for in advance.

One hundred years ago, in 1904, James Scott Skinner published his Harp & Claymore collection of Scottish dance music, airs and songs, but he is less well known today for his dance instruction. For thirty years Skinner earned the main part of his income as a 'Professor of Dance' and he held dance classes all across the country, from Elgin to Wick.

To celebrate this less well known side of his career the Scottish Traditions of Dance Trust are holding a weekend of dance and music workshops, a dance, memorial lecture and a tribute concert in Banchory, the town of his birth.

This all-day session is at the landlord's request. The occasional song will be welcome. Admission is free & pub food will be on sale all day. For variety, there will be a relay of leaders.

A message from the IRTRAD message board, written by Finbar Boyle:

I've just been told that poor dear Johnny O'Leary died this morning [9.2.04].  Johnny had been unwell for quite a while.  I know that not just in Knocknagree, not just in Ireland, but all over the world, many, many people will feel that something very important has left us.  A treasure trove of music, he was a huge contributor to Breandán Breathnach's collections, but he'll be remembered equally for his big heart, his beautiful Sliabh Luachra accent, and his extraordinary sense of humour.

And, maybe, most of all for his wonderful dance playing. A very sad loss - Ed.

I'm researching the folk revival in North East England (Northumberland down to Teesside) from the 1950s up to the mid-70s, and would really appreciate any information which Musical Traditions readers could pass on.  Memories, opinions, press cuttings, recordings - all would be useful.  If you can help, please contact me.  Thanks

Last night two of my melodeons were stolen from my car in Oxford.  I know it's stupid to leave them there ... let this be a warning to anyone as lazy as me, no matter how late you come back from a gig.  The instruments are: If anyone is offered these items then please contact me or the police.  The crime ref. is BM9101120/04

Thanks for your time

A big bagpipe festival in Lazio (south of Rome) with participants from there, France, Estonia and Sardinia.

Details on www.finisterre.it   The link's at the foot of the page.

We've just heard from Jim Ward that Louie (Louise) Fuller (Saunders) died about three weeks ago aged 87.  She was the last survivor of the traditional singers from the Surrey/Sussex border country who sang at the legendary sing-songs at The Cherry Tree at Copthorne in the 1950s.

She was subsequently heard at numerous festivals and folk clubs and her recordings appeared on several LPs and CDs, including Topic's Voice of the People series.

David Sanderson has done a considerable amount of research work on a fiddler named Mellie Dunham, who was famous in the US during the 1920s as an Old Time fiddler, a guest of Henry Ford, and later as a vaudeville performer.  Last summer he produced a booklet on Dunham, which he has now added to his website at: www.megalink.net/~davids/dunhambooklet_page_1.htm

It looks very interesting and well worth checking out - Ed.

At long last - something many people have been waiting for (and a lot of us have been working for) for several years - Bob Copper has been awarded and MBE in the New Year's Honours list, just published.  "About bloody time, too!" seems to be the general reaction.  And just in time for his 89th birthday - I'm sure Bob will be absolutely delighted!

Anyone wishing to add their personal congratulations to the man could pop along to Lewes or Euston on the 8th or 10th of this month when the Copper Family are appearing (see the two Club Dates items below). 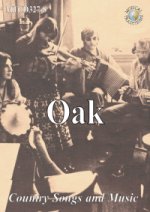 Almost a third of a century ago, a Topic LP was issued which changed many perceptions about English music and song, got a lot of people started on instruments, and probably kick-started the revival in English dance music.  Jon Dudley (Copper family) said "... it was Oak that really confirmed to me the importance and value of the tradition." while Dan Quinn (Flowers and Frolics) concluded "They had ... absorbed songs, tunes and styles of singing and playing still alive and kicking in southern English pubs, and their straightforward, non-academic approach to the music was refreshing and hugely influential."

Now all the songs and tunes from that seminal 1971 LP Welcome to Our Fair plus virtually everything else they ever sang or played, in live recordings from clubs in Cheltenham, Benfleet, and their final gig in Walthamstow, are available on this double CD.  It comes in the now-familiar double DVD case with integral 24-page booklet containing appreciations from Jon Dudley and Dan Quinn, a brief history of the band, photos, and the usual full tune and song notes and texts.

Oak - Country Songs and Music (MTCD327-8) is now available from the MT Records website for credit/debit card purchase, or by post from the address below - price £16.00 inc p&p.  Just in time for Christmas!