John Gill (one of the founder members and driving force of Edward II, among many other ventures) died in the early hours of Sunday 23rd November at the North Manchester General Hospital, where he had been admitted, suffering from cancer, only a couple of days earlier.

John's funeral is at 3 o'clock on Thursday, December 4th, at Markeaton crematorium, Derby .  It's off the Ashbourne Road, from the Derby ring road. 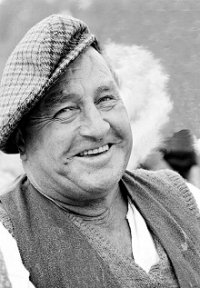 Although I posted information about this event when it was first announced (below), the arrival of this wonderful photo from Doc Rowe prompts me to remind you of the fact that it's taking place at Cecil Sharp House on Saturday 22 November, and to tell you that the full programme is now available on the homepage of the efdss website: www.efdss.org

If you're planning to go, I'd suggest getting your tickets soon as they're almost fully booked.

Two days later, and they're now sold out.

Only 40 Shopping Days to Christmas

Hoping to make your seasonal 'prezzie hunt' just that little bit less arduous this year, I am now providing - wait for it ...  Yes, Record Tokens!!!!

MT Gift Vouchers are now available in £5, £10, £12 and £16 values, and in two flavours: turquoise, which cost their face value and include p&p for the UK; and pink (left), which cost £1.00 more and include p&p for the rest of the world.  I should stress that these Gift Vouchers are only redeemable against Musical Traditions CD-Rs and/or CD-ROMs and Snatch'd From Oblivion CD-Rs.  They do not exchange for any other labels whose CDs we offer in the MT Records catalogue.

They will be available by post from me at the address below, and each will be accompanied by a sheet listing the CDs with which they may be exchanged, and simple instructions for their use.  More details and a printable Order Form are to be found in my most recent Editorial.

I just had the news from Mark Wilson that Snake Chapman died on Wednesday night.  The funeral is on Saturday, but beyond that, I have no further details.

Snake was one of the better living old-time fiddlers these past several years.  Fortunately, his music has gotten around and many people now play his tunes.  If you ever saw him play in person, you were one of the lucky ones.  Please pass the news along. 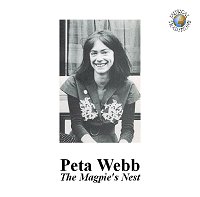 As mentioned back in August, 'the 200 Series cassettes of Freddy McKay, Billy Harrison and Peta Webb will also be available on CD, sometime in the next couple of months.'  Now they are.

If you visit the MT Records website and click on the 'Ex-Cassette CDs' catalogue button, you will find them, priced £10.00 each, below the American Old Time releases, complete with links to track listings and reviews.

The Clare Festival of Traditional Singing

After 13 years at Ennistymon, the festival moves to The Bellbridge House Hotel, Spanish Point, Miltown Malbay, Co Clare, for 2003.  This year the festival is trying a new format - it breaks away from having a static base and hopes to move the festival around the county intermittently; Spanish Point and Miltown Malbay being the chosen venues for 2003.  As always there will be a variety of singers from Clare and throughout the country, but this year starts a policy of giving a slight emphasis on a particular region, in this case the Oriel/Armagh tradition.  Other regions will be brought into focus in future years.

A Bob Hobkirk Memorial Concert will be taking place in Hawick on the 15 November 2003 at the Thorterdykes Roadhouse.  Guests will be many and various but traditional music will be well represented.  All money raised will go to charity.

Want to know about the latest research from international folk play experts?  This book is due to be published in October 2003 and contains twelve full conference papers (mostly on British folk drama), synopses of three others, and a workshop transcript.  The book is generously illustrated with photographs, maps, and facsimiles throughout.

This will be a limited edition, and can only be ordered in advance.  Because of a tight production schedule, you must reserve your copy by Tuesday 22nd September 2003 at the latest.  Reservations should be emailed to Eddie Cass (eddie.cass@btinternet.com), and followed up with full payment prior to dispatch.  Further ordering information can be found online at www.folkplay.info/Forum/TD_Forum_8_Conf.htm.

Over the past few years the Library has been creating databases of the singers and musicians found by several of the early twentieth century collectors (Sharp, Vaughan Williams, Karpeles, Hammond and Broadwood to date).  With the help of Dr Richard Butterworth, a lecturer at the University of Middlesex, we have now put these up on the web as a trial run.  We have also created a discussion group to attract comments.  Please have a look and see what you think.  The site is not complete and the databases still being worked on, but it's a start.

The legendary collection of folksongs made in Yorkshire during the 1950s by Nigel and Mary Hudlestone is the subject of a Radio 4 feature on Tuesday 2nd September at 1:30 pm.

Titled Three Nights Drunk and the Market Tup, it includes interviews with Nigel Hudleston and Georgina Boyes, as well as material from the collection.

It was with great sadness that I heard the news of Will Atkinson's departure.  His death is a great loss to all of us.

Interested parties may like to visit the FARNE project weblog at: www.farneweblog.com where we have posted some archive photos of Will and audio recordings.  Whilst death is always a source for sadness and mourning, I hope that these few items will serve to celebrate a life and a man who was as unique as he was special, and great inspiration to us all. 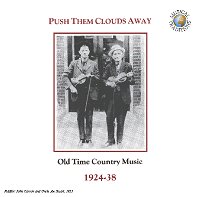 Back in 1985, Keith Summers produced his justly acclaimed 5-cassette series of American Old Time music, with sleevenotes by Tony Russell.  Some years ago I suggested to Keith that I could now put them all onto CD but, since he still had stocks of the cassettes to sell, it was decided that it would be counterproductive at that time.

'Years rolled on since it happened' and we now find that he has run out of copies of some volumes - so the transfer process was started.  Moreover, I have recently bought a piece of noise reduction software which seems to do a pretty good job - given that we can't afford Cedar - and so I have cleaned up the original cassette tracks whilst digitising them.

The results are now available from the MT Records site at £10.00 each or £40.00 for the complete set of five - click on the 'Ex Cassette CDs' catalogue button.

The '200 Series' cassettes of Freddy McKay, Billy Harrison and Peta Webb will also be available on CD, sometime in the next couple of months.

And Keith asks me to remind readers that he still has lots of copies of Reg Hall's wonderful book on Scan Tester, I Never Played to Many Posh Dances, available for only £5.00 inc p&p.

On 30th July 2002, one of England's finest traditional singers, Fred Jordan, died aged 80.  A Shropshire farm worker all his life, Fred was renowned for his wide-ranging repertoire, the rich timbre of his voice and his way of communicating the essence of a song.  On Saturday 22nd November, at Cecil Sharp House, an array of singers will be gathering for a whole-day celebration of English song in tribute to Fred and his contribution to the tradition.

As well as concerts, there will be informal singarounds - the environment in which Fred felt most at home - plus a forum on Fred Jordan: the Tradition and the Folk Revival.

A double CD of Fred Jordan's singing (A Shropshire Lad on Veteran VTD148CD) will be launched by John Howson and Derek Schofield, while Doc Rowe will be launching a video compilation of Fred's performances over the years.

Traditions at the Tiger dates

The Auld Triangle Ceili Band won the ceili band competition at the All-Britain Fleadh held at Edge Hill College, Ormskirk, Lancashire on Sunday last (29th June), against six other competing bands from Leeds, Birmingham, Liverpool and Glasgow.  The Auld Triangle Junior Ceili Band, aged 12 to 15, came second in their section.  Both bands qualify to enter the All-Ireland in Clonmell, Co Tipperary at the end of August.

The Auld Triangle pub in Finsbury Park, North London, is run by two great supporters of traditional music, Gerry and Dympna Scanlan, and the musicians in the senior band - Teresa Henue and Sinead Linane (fiddles), James Carty, Mick Mulvey and John Murphy (flutes), Gary Connolly and Maureen Linane (accordeons), Karen Ryan (banjo), Reg Hall (piano) and Pat McNamee (drums) - all frequent the music sessions in the pub.  The younger Linane boys, Larry and Ciaron, respectively, won the accordeon and second prize in the slow air on the fiddle, in their junior sections.

The Linane Family, including the parents, Mick and Mary on the fiddles, and the three flute players (James C, Mick M and John M) will be at the Sidmouth Festival in August.  Look out for them in the Volunteer, and the set dance ceili.