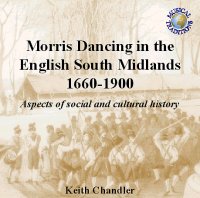 This is the hardcopy equivalent of about 700 pages, complete with maps, charts, dozens of rare, even unpublished, photographs, and even a few sound clips.  All for the paltry sum of £12.00 inc p&p, available only from the address below.

The festival consists of outdoor street entertainment on the Corofin Comhaltas Festival stage, Saturday morning instrument classes, an acoustic concert in the intimate setting of the local Teach Ceilidhe, and a special festival mass.  The main attraction of the festival, however, will be the holding of over 30 sessions in the village's 9 pubs, anchored by more than 50 of Ireland's finest musicians.

Musicians confirmed for festival (subject to some change)

Further info and booking details on the Corofin website: www.corofin.eu.com

Two events from the Elphinstone Institute:

The Elphinstone Institute and Woodend Arts Association present a

The weekend is a unique celebration, bringing together outstanding storytellers from NE Scotland, the Highlands, Ireland and England, including the Traveller traditions.

The first event of its kind in the area, the festival is especially for those who like to hear and tell stories, and enjoy a ceilidh atmosphere, which includes songs and music.  Informal and friendly, it will be just the place to encourage less experienced storytellers, as well as welcoming old hands.  The weekend includes workshops, storyrounds, expert talks, and ceilidhs featuring the guests.

A festival to celebrate the singing traditions of North-East Scotland, Orkney, England, and Ireland in the unique setting of Tom and Anne Reid's farm in rural Aberdeenshire

The weekend is a unique celebration, bringing together outstanding traditional singers from the North East of Scotland, Orkney, England, and Ireland. The event is especially for those who like to hear, enjoy, and join in traditional singing.  Essentially informal, friendly, and non-competitive, it will be just the place to encourage the young and less experienced as well as the old hands.

For more details and to book, contact The Elphinstone Institute, University of Aberdeen, Tel 01224 272996, e-mail elphinstone@abdn.ac.uk

The club meets on Saturdays at 8.15pm at the Golden Lion (a proper pub), on the corner of Royal College Street and Pratt Street, London NW1 (near Camden Town tube and Camden Road railway station)

As they have a number of performers in the current session who might interest MT readers, I thought I'd include a listing. 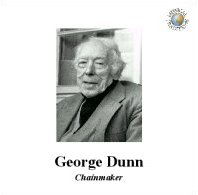 As announced in the last Editorial, the new George Dunn double CD, Chainmaker (MTCD317-8) is now available.  This great Black Country singer was recorded in the early seventies by Roy Palmer, Ewan MacColl and Peggy Seeger, and Charles Parker.  The CDs contain 51 tracks and are accompanied by a very substantial booklet written by Roy Palmer.    Details and an order form can be found on our Records page and, as usual, the CDs' Booklet Notes appear as an Article in these pages.  Price is £16.00 inc p&p.

Also, Volume 3 of The Complete Musical Traditions CD-ROM is now out, containing the entire output of the magazine - from the articles in the 'paper' editions of the magazine of 1983 onwards, right up to the last files uploaded to the Website on December 31st 2001.  It's an ideal way of accessing the bulk of MT without having to go online, contains a number of articles still not available on the Net, has all the sound clips, saves you a load of disc space (over 108Mb), and only costs a tenner!

As it turned out, I got back from Ireland last Thursday in time to be at Bob Copper's birthday do at the Royal Oak in Lewes.  He was in great form in every way, singing, anecdotes, downing his pints of Harvey's Best, and the grandchildren joined him on many of the songs.  Wonderfully uplifting, somehow.

Shirley Collins said that Steve Bassam, now Lord Bassam of Brighton, had taken up the challenge of trying to get an honour for Bob and that they had both been invited up to the Lords.  It'll probably be more of a culture shock for the House of Lords than for Bob!

Bob Lewis was there as well, and singing quite beautifully.  It's sometimes easy to forget just how lucky we are in Sussex.

Many people I've spoken to have been delighted to read that the Vaughan Williams Memorial Library's hard-working and long-serving Librarian, Malcolm Taylor, has just been awarded an OBE in the New Year's Honours, for 'Services to the VWML'.

As one who has been the grateful recipient of these services, both as an individual and an Institution, over many years, I would like to add my voice to all those who've said "Couldn't have happened to a nicer chap!"  But, nice chap though he clearly is, Malcolm's far more than that - I can't think of anyone in a similar position who has been so consistently helpful and co-operative with anything I've ever asked of him.

He says he's had just about every quip under the sun in the past couple of days, and a huge amount of warmth.  The announcement was quite a shock to him, but when he found out that it had been generated by the Library users over the past 18 months or so (i.e. not by the EFDSS per se) it all of a sudden meant a very great deal.

His comment to me was "I've been discussing appropriate clothing for the Palace with Lord Carthy.  Can you imagine!!!  Anyway, up the workers!"

Some truly shocking news: the most musically active of Tom and Jean Orchard's four sons, Nathan (aged 19) and Anthony (aged 17) were killed on Friday 14th December in a car crash near Stratton, north Cornwall, whilst on their way to work.

Nathan and Anthony were well-known to all at South Zeal and to those who attended the Dartmoor Folk Festivals every August.  Nathan leaves a wife, Leo and a one-month old son, also named Nathan.  The funeral is at St Peter and St Paul's church, Holsworthy, Devon, on Friday 21 Dec at 1pm.  Very sad news indeed.  Our sympathies to all the family and friends. 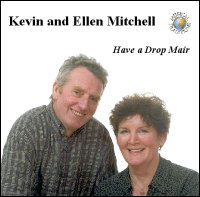 Kevin and Ellen Mitchell: Have a Drop Mair - double CD

I'm very pleased to announce that our last CD release for 2001, Kevin and Ellen Mitchell: Have a Drop Mair (MTCD315-6), is now available.  The ideal Christmas present for almost everyone, I would have thought!  Why not order your copy now and be sure of getting it on time.  Details and an order form can be found on our Records page and, as usual, the CDs' Booklet Notes appear as an Article in these pages.  Price is £16.00 inc p&p.

Tickets available from: There will be sessions over the weekend both in Jury's Hotel and Sharkey's Bar with visiting musicians from Ireland, England and all over Scotland.

Not content with rescuing the amazing Rice Girls CD and the hard-to-get Barn Dance one, Snatch'd from Oblivion Records have now made a grab at the wonderful Sardinian cantu a tenores CD which we've been making available to afficionados for some time - just as it was spinning down the plughole of history.  Sard Polyphonies is available from our Records page at only £5.00, and is a 78-minute compilation of the superb 1979-91 benchmark field recordings of the cantu a tenores genre, and Sardinian sacred coro polyphony.  And it has a 12-page booklet in English.