I'm very sorry to have to report the death of Phoebe Smith, at the age of 88, last Thursday 8th November 2001.

Phoebe was perhaps England's finest woman singer, and certainly the most memorable.  She was also delightful company, and Danny and I spent many happy hours with her and Joe and various family members at her home in Woodbridge and in several East Suffolk pubs in the sixties and seventies.

She was encountered by the folk song revival in the early 1960s and appeared at several festivals and numerous folk clubs thereafter.  She recorded an LP Once I Had a True Love (Topic 12T193) in 1969, and some of her songs have appeared in the compilations of Traveller singers Mike Yates produced for Topic in the seventies and eighties, as well as more recently in The Hidden English (TSCD600) and Voice of the People (TSCD651-670).  In 1998 Veteran published a CD of her songs, The Yellow Handkerchief (VT136CD).

Phoebe came from a large and extended family and contributed to its continuation in no small way - 7 sons, 30 grandchildren, 54 great-grandchildren and 20 great-great-grandchildren.  They, and we, will all miss her.  The funeral is on Thursday 15th November, at St Andrews Church, Melton, Woodbridge, Suffolk at midday.

The new Topic CDs of The Copper Family and Michael Gorman are both now available from Musical Traditions Records at £13.50 and £16.00 respectively, including UK p&p.

FLS Books, the imprint of The Folklore Society, has just published The Lancashire Pace-Egg Play, by Eddie Cass, 155x235mm, 256 pages, ISBN 09035 15229, £14.95 (p&p included).  This book combines a full historical and folkloric account with detailed information on contemporary performance and the revival tradition.  Full details were given in News 22.

The shows will feature mainly solo and duet performances and is an ideal format to hear the individual artists involved.  The dates and venues are: Further detals from: Chris Pentney, Folkworks, 69 Westgate Rd, Newcastle on Tyne NE1 1SG.  Phone 0191 222 1717 x 204. 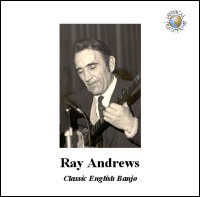 I'm very pleased to announce that the CD from Ray Andrews, indicated as a distinct possibility in Geoff Woolfe's article, is now a reality.  Details and an order form can be found on our Records page, as usual.  Geoff's article has now been updated to reflect the complete booklet notes, but for a taster, here's the tracklist:

I'm sorry to have to tell you that Willie McPhee died a couple of days ago.  A cousin of the Stewarts of Blair, he was one of the last of the older generation of Scottish travellers.  Willie was born in 1910 and travelled around Perthshire earning his living as a tinsmith.  He was a piper, story-teller and singer and much of his repertoire was recorded by the School of Scottish Studies.  He was also recorded by Ewan MacColl & Peggy Seeger, and filmed by John Cohen.

Firstly, anyone who was interested in the Revanant Records Charley Patton set that I reviewed the sampler for might like to know that the box-set will be released 22 October.  The catalogue number is Revenant RVN212CD.  As I expected, in the UK, Red Lick will be stocking the set and the normal selling price is £120.00.  They do, though, have an initial batch on sale at the special price of £99.00, on a first come, first served basis.

Secondly, Mike Yates, in his review of the wonderful Hobart Smith Portrait Series release (Rounder CD 1799) makes reference to Folk-Legacy Records 1963 album, Hobart Smith of Saltville, Virginia (Folk-Legacy FSA-17).  Folk Legacy have slowly started to re-release their back catalogue on CD, the first being Frank Proffitt of Reese, NC (FSA CD-1).  In the meantime, if you can't wait for the CD, other recordings, including that by Hobart Smith are available from them as custom made cassettes.  Full details are available on their website www.folklegacy.com.

Themes for this conference include: performance as research; music and society; structure and context; music and technology.  Lecture-demonstrations as well as papers will be accepted.

I should like to take this opportunity of drawing to readers' attention the launch of the CD In Yonder Green Oak by the Millen Family of Bethersden in Kent.  I came across them when conducting research into the role of the BBC in Kent when broadcasting its rural affairs programme Country Magazine throughout the 1940s.

The songs are described as 'glee singing' by the family themselves, are are sung in five part harmony.  Some of the repertoire is reminiscent of that of the Copper Family, although Dame Durden, which they perform, I can trace back to a newspaper account of 1905, and the versions of Sportsmen Arise, Mistletoe Bough and While Shepherds Watched, whilst shared, are also part of their family's tradition.  Examples of other songs include some of the plantation songs which also found their way into the repertoire of Charlie Bridger formerly of nearby Stone-in-Oxney (recorded by Mike Yates on Horkey Load).

The CD has been produced by Simon Evans, and is being launched at the Tenterden Folk Festival during the afternoon of Saturday 6th October at The White Lion, in the Saddlery, at 4.00 p.m.

Three more of the articles from the 'paper' version of MT have been reinstated here.  Firstly, In Pursuit of Polka Happiness... and a classless culture? by Charles and Angela Keil - from Musical Traditions No 2, Early 1984.  Also, since the musics they deal with are mentioned in passing in the Keil article, I've reinstated John Harrison's Damn Society! ... an Introduction to Greek Rembetika and João Dos Santos' The Gangster Reformed ... a study in musical parallels, which looks at the Fado of Lisbon and the Tango of Buenos-Aires as well as the Rembetika of Athens.

Honorary Degrees for Rowe and Carthy

The University of Sheffield announces the award of the degree of Doctor of Music to two outstanding representatives of English tradition, singer Martin Carthy and researcher Doc Rowe.  These degrees will be conferred in the Congregation in July 2002.

Check out www.corkfolkfestival.go.coolebiz.com for full details.

Recorded on aluminium disk in 1947, these tunes are a stunning display of power and grace from one of the most celebrated Appalachian fiddlers, aged 31 at the time of recording.  24 tracks of blisteringly hot music and wonderful tunes.  Order your copy now from our Records page - only £12.00 inc UK p&p.

Royal Oak, Station Street, Lewes - Thursdays.  The newly refurbished pub and clubroom will be open in time for the start of their new season in September. An addition to the published preogramme: