This is an exciting education project we've heard about recently.  Hanitrarivo Rasoanaivo, leader of the Malagasy group Tarika, decided to make an effort to counter the spread of Western cultural influence in her home land by organising a series of workshops to teach the playing of Madagascar's principle traditional instrument, the valiha.

Initially working in four villages near the capital, nearly sixty children and young people received twelve hours of free tuition, a tutorial book and cassette, and a free instrument each in the first stage of the project, completed last year.  The response was most enthusiastic and the standard of playing, after so short a course, staggered even the most enthusiastic of the teachers.  It is a mark of Madagascar's poverty that the entire project, including the 60 instruments, cost only the equivalent of £800 UK.

To find the full details of this splendid example of a 'world music' success story, go to http://www.froots.demon.co.uk/valihahigh.html or follow the link from Folk Roots Magazine's web site - see our Links Page.  The work will continue in further villages next year.

Hanitrarivo has agreed to write an article on Malagasy music for MT later in the year, when the group's summer touring commitments are less pressing.  We look forward to it.

An international conference to celebrate the centenary of the founding of
the Folk Song Society in 1898.

Announcement and call for papers:
Abstracts of up to 350 words are invited for papers lasting no more than 20 minutes, allowing a further 10 minutes for questions.

The chosen themes are:
Revival of Folksong (UK or international), History of Folksong, Scholarship, Women Collectors, Studies of Individual Songs or Singers, Melodic Tradition, Group Traditions, Folksong in the Modern World, the Future of Folksong Research.

There will be opportunities for work in progress reports of 10 minutes.  An indication of an intention to submit a paper or to attend is requested by 1 February 1998.  The deadline for firm proposals (with abstracts) is 1 May 1998.

A volume of essays from the conference is planned for publication.

All correspondence should be addressed to the conveners:

It has seemed that the News section has been almost entirely made up of obituaries this year - so it a great pleasure to give you advanced warning of some very positive developments on the forthcoming releases front.

1997 looks like being a vintage year as far as Veteran releases are concerned.  When they released Many a Good Horseman VTVS01/02, it was the start of what was intended to be their Vintage series, but it got overtaken until now.

So - just out is their reissue of the Topic double album of the great Sussex concertina player Scan Tester as a double cassette (VTVS03/04).  It was compiled by Reg Hall, whose excellent book under the same title I Never Played to Many Posh Dances, which traces the life and times of Scan, is still available.  Double cassette only is £11.50 (incl.P+P), or they are offering the cassettes and the book for £16.50 (incl. P+P)

Next in the Vintage series will be a double cassette of East Anglian melodeon players which will be called The Pigeon on the Gate (VTVS05/06) and it is hoped that it will be ready in the Summer.  It will include mainly private recordings with probably a whole side each of Oscar Woods and Percy Brown, plus the remarkabke Norfolk player George Craske, and many players you will hear for the first time.  This one will be a must for all melodeon players and lovers of traditional music.  (It was released just in time for Sidmouth and is reviewed in MT - New Batch of Reviews, Part 2 section).

Also planned this year (at last) is an album of previously unreleased Fred Hamer recordings of the excellent Essex singer Harry Green.  Also in the pipeline is a proposed Veteran CD of the Antrim singer John Kennedy.  A remarkable singer with an interesting repertoire, who is also a fine whistle player.

The big project is the 4-CD set planned for 1999, for the run-up to the Wheatstone bi-centenary and major Horniman Exhibition of the Concertina Collection in 2002 - and feedback from our readership on traditional source players of the concertina is going to be vital, says Neil Wayne.

He won't re-issue any single Free Reed LPs on one CD, (poor value) but will use much from Tommy Williams, Gordon Cutty, and from concertina field recordings on the 4-CD set.  You can find a summary of the draft tracklist, especially the trad/folk sections of the Project, on the Free Reed web site - http://www.freedmus.demon.co.uk/conccd.htm and links from there to the rest of the site.

Among the latest batch of Reviews, is one of the Sampler for a series of releases from Rounder Records, dealing with the work of Alan Lomax.  During his working lifetime, Lomax was involved in the production of well over 100 LP records, and it is Rounder's stated intention to re-release them all on CD, together with a lot of previously un-released 'over-matter'.  The series is likely to weigh in at over 100 digitally remastered CDs, and should include:

We are awaiting a concise statement from Rounder about the scope and intent of the series - but nothing has been forthcoming.  You can be sure that we'll keep you informed of futher details as soon as we have them.

News has filtered through that Seán MacDonncha, doyen of singers in the Irish Gaelic, or sean nós tradition, died shortly before Christmas. 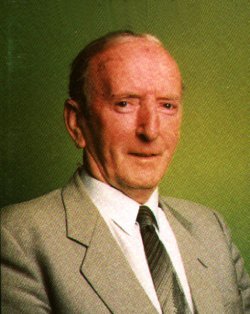 Although born in Carna, Connemara, and an important embodiment of the Connemara tradition, Seán lived most of his adult life in Ahascragh, east Galway.   Prior to his retirement, he was the village schoolmaster there.   An early prize winner at the Oireachteas, he won wide recognition as one of the foremost exponents of the sean nós idiom.   Indeed, to many he was its greatest living representative.

His first recordings were made by Alan Lomax in the early fifties, some of which appeared on Columbia's World Library of Folk and Primitive Music.   He was subsequent heard on various other labels, including Gael Linn, Claddagh, Folkways, Topic and GTD.

In his later years he became the subject of much criticism for allegedly allowing his singing to become overly 'technical'.   Recordings made in the final part of his life however, show a return to the fire and passion that is sean nós singing at its very best.   He was a great singer and a fine gentleman.   There are many who will have mourned his passing.

A pair of obituaries from Guy Droussart in Zurich: 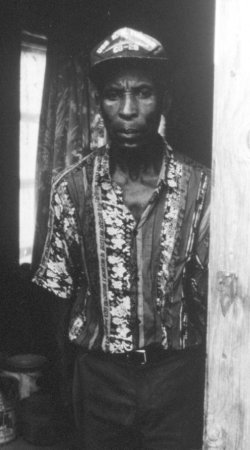 One of the last rhyming singers of the Bahamas, Tweedie Gibson, died in Nassau on November 27, 1996.   He was 73.   According to his wife Dorothy, to whom I spoke on the phone at Christmas, Tweedie passed away quietly at their home, although he had been admitted to hospital for a few days the previous February.

Born on September 16, 1923 in Moores Island, Tweedie spent most of his life at sea, sponging and fishing, and by the time I met him in 1992 he still kept a small boat and was fishing occasionally near his home at Hard Bargain.   His humble but lasting musical offerings were fortunately captured on tape in June 1965, when Peter Siegel and Jody Stecher travelled to the Bahamas and made the extensive recordings which resulted in 'The Real Bahamas' volumes on Nonesuch and, more recently an album on Rounder called 'Kneeling Down Inside the Gate'.

Eleven unaccompanied rhyming songs by a Moores Island vocal group consisting of Bruce Green, Clifton Green, and Tweedie Gibson were spread between these three albums and I am sure many of us who heard them were touched by their beauty.   Tweedie was the last surviving member of the group.  The gentle, almost innocent quality of his voice contrasted hauntingly with the fierce counterparts of Bruce and Clifton Green. 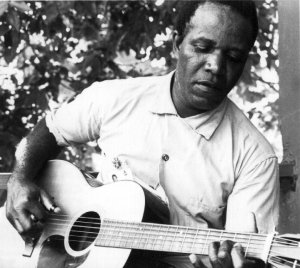 Perhaps I could also take this opportunity to mention the untimely death of the Bahamian guitarist Japheth Dean, on July 9, 1994 in Nassau, at the age of 59.

Originally from Andros, 'Dean', as everyone called him, was a close friend and a pupil of the Bahamian master, Joseph Spence.   He was also a very creative musician in his own right and his keen knowledge of various local styles and hymnals was invaluable.  It was he who introduced me to Tweedie Gibson's relatives and prompted me to go to Moores Island during my last visit to the Bahamas.

Dean's brief appearance on disc can be found in a tribute to the music of Joseph Spence and the Pinder Family, 'Out on The Rolling Sea' on Hokey Pokey, but none of his remarkable guitar music was recorded.