The Song of the Plough 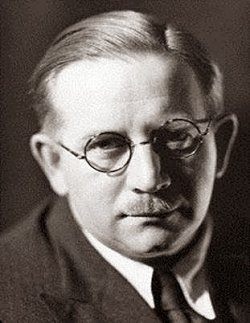 For the past two or three years I have been reading the works of the Swindon-born writer Ralph Bates.  I have been researching his life and, in the process, have completed a short book about this remarkable, but relatively unknown, man.

Ralph Bates spent the first thirty years of his life working in the Great Western Railway factory in Swindon, the same factory where the song collector Alfred Williams had also worked.  I am sure that Ralph must have read Williams's book Life in a Railway Factory, which is a highly critical account of early 20th century factory life.  In the 1920s Ralph began associating with members of the Communist Party and became a close friend of Harry Pollitt, who was to become the Party's Secretary General.

In 1930 Ralph Bates left England and went to live in Spain.  He wanted to become a writer but had to first earn a living doing whatever jobs he could find.  He was variously an electrician, an organ repairer (he had learnt to play the church organ while at school in Swindon), a Pyrenean guide, a fisherman and a union organiser in the Barcelona docks.  His first book, Sierra, a collection of short stories about rural life in Spain appeared in 1933.  Two other books followed in 1934.  These were Lean Men: An Episode in a Life, a semi-autobiographical novel which tells of a Comintern official working in the docks of Catalonia, and a biography of Franz Schubert.  Ralph Bates's best-known book, The Olive Field, appeared in 1936, just prior to the start of the Spanish Civil War.  Ralph fought in the Republican International Brigade, before becoming a Political Commissar who was sent to America, Canada and Mexico on fund-raising missions.  At the end of the war he travelled to Mexico, before settling in New York.  In 1946 Ralph Bates became a Professor of English Literature and Creative Writing at New York University, a post which he held until he retired twenty years later.  In the early 1950s he was called in front of the now-infamous House Committee on Un-American Activities.  Like Pete Seeger, and many others, he refused to testify or 'name names'.  Ralph continued to write and, in all, produced ten books and almost three hundred articles, reviews and polemics.  He died in New York in 2000, aged 101 years.

Why should I be mentioning this in a magazine that is devoted to traditional music?  Well, sometime around 1930 - 31 Ralph encountered a Spanish ploughman who sang a piece which Ralph described as coming from "the Middle Ages".  This was The Song of the Plough.  The song may be related to a group of Spanish songs known as saetas, songs that lament the death of Christ.  They are often sung at Easter time when statues of Christ and his mother are carried through the streets of Spain.  One outstanding saeta performance was captured in Seville by Radio Nacional, of Madrid, and can be heard on the Rounder CD The Alan Lomax Collection Sampler (CD 1700).

I remember hearing a ploughing song … It was sung to me by a skull-faced man, a dried and ageing field-worker in Navalonquilla, a starving village of the Avila Province.  The words and the tune of his song, the very shape of his plough and the skill of his hands had come out of the Middle Age.

Ralph used this song to form the basis of Chapter 2 in his novel The Olive Field, published in March, 1936.  In the novel the song, which is being sung in the fields by a ploughman, can be heard by people attending a nearby indoor meeting.  Here is a short extract:

The assembly could hear the old man's broken-tenor outside; the words "The mysteries of Christ's Passion".  But, in the brief silence that followed, the words of Pascual's song could be heard clearly.

The plough I shall sing
And all its parts

And I shall tell forth
The mysteries of Christ's Passion.

"We are poor farmers and we work no more than the lands you can see around the house.  My father, when he was a young man, was forced to leave home because there were too many for one holding to support.  Then, upon his return, he took over the land and married, hoping, as all fools hope, to live in peace with his wife and children, to gain their bread."  He coughed once or twice, and paused to compose himself.  Upon the field of the Well the father was heard glozing his song to the same beautiful melody:

The father broke off his song to urge on the donkey.  "Burra, step out, step out, burra.  Ay!"  Down the length of the field came Pascual's voice:

I shall sing the plow
And all its parts.

And again the urging cry, this time to the mule.  And as the son went on they heard to the melody of the ploughing song the words:

And an angel came to him, with the chalice
Of his passion, in Gethsemane, in that garden.

Ralph Bates compares the song, which deals with Christ's passion, with that of the suffering of the ploughman and his people.  The song becomes a symbol for the people's suffering and not just for the suffering of Christ.  Bates's use of the olive tree in the book's title, The Olive Field, is also symbolic:

The olive tree had always been a symbol to me.  Its 'immobility in the sapless winter had been a reproach to man's embitterment'; its 'sobriety of minute blossom had been a rebuke to licence.'  Its harvest at its richest was ever 'a reproof to man avid of yield from the meagre tillage he gives to life.'  The olive tree was a symbol of austerity, of frugality …'

In August, 1936, Ralph Bates received a letter from Rolfe Arnold Scott-James (1878 - 1959), a close friend of Wyndham Lewis, who, in 1934 became the editor of the London Mercury magazine.  The letter asked if Ralph could write an article for the London Mercury and his piece, 'Spanish Improvisation', was published in the November, 1936, issue (London Mercury XXXV, 205, 23 - 29).  The article includes a lengthy passage outlining the exact circumstances in which Ralph came to hear The Song of the Plough, and just what the song meant to him and to the singer.  I think that this passage contains one of the best descriptions ever made of just what it is to be a traditional singer.  Here is a man who does not simply sing his songs; but, rather, here is a man who has lived and experienced his songs throughout his life.  The songs are not external appendages to the singer, but are truly an integral part of the man:

I have used the most starkly despairing of all songs in The Olive Field, though the invariable comment on it is 'how mystical, how profoundly realistic'.  It is both and more, but then I am helped by my remembrance of the first time I heard it sung.  Years ago, when the dictatorship was still in existence, I was travelling on foot through Spain, going by the great cordilleras to escape the suffocating heat of that summer.  I stayed one night in the venta of Navalonguilla, a starving village of the Avila province.  All of us in that miserable inn ate out of a common bowl scraps of offal-like meat cooked in rancid oil.  We passed round a common loaf, and we drank thick black wine strong as a drug from a common jug.  There was one man, who rarely spoke, who from time to time touched a shotgun standing behind him.  He had a head like a brown scull, there was no flesh on his body, his hands were like the footworn roots of a tree when it rises through the soil of a path.  In his small eyes one could see the hatred and despair of endless hunger.  I knew what wages they earned in that region, never more than two and a half pesetas a day, while a little to the north in Salamanca they were earning one and a half a day.  A land of vast bare hills, with desolate, ravined steppe below; and over it the night of reaction.  We sat opposite one another, that ploughman and I, beneath the gap in the roof which served as a chimney, and the smoke hazed the stars we saw in looking up, or drifted back into the kitchen and brought tears into our eyes.  I felt as if I were sitting with death: I could not look him in the face because of the despair in it.

It was that man who sang "I shall sing the plough and all its parts," and he went on "and I shall tell forth the mysteries of Christ's passion".  I have never attempted to translate that song with care, because the very coupling of those two symbols of pain, the riving plough and the Passion, is too profound in itself to need the dressing of ordered words.  But there is a blackness in the song that often I shrink from; I felt it as the song was thrust out of the thin-lipped hole in that sun-cracked skull.  The plough that should have been fruitful, that tears the earth as birth tears the flesh of woman, had brought him nothing but starvation.  He will sing the plough and the parts of it, which are also mysteries and which can be named beside the Passion of Christ.  He lived in despair of his plough, and he coupled it with the Passion.  Can any night of the soul be so black to a Christian man as that singing disclosed?  Defeated things, useless things, the plough that does not yield and the Passion that has no salvation.

Do not talk to me of his piety, nor of his faith.  I know the significance of the song; is there any other land in the world where the life of the tiller could be compared with Gethsemane?  Perhaps only where the ruinous blight of this 'Spanish tradition' has touched.

The ploughman at Navalonguilla, I happen to know, was a revolutionary.  That night he took hold of the shotgun and swore he would give his life to exterminate - he used that verb - the men who owned those lands.  Navalonguilla is on the other side of these defence lines, across a white crest of the Gredos hills.  I suppose he is dead now, because he would certainly have tried to defend the Republic with a shotgun against these Capronis and Yunkers which nightly raid us.

Ralph Bates was not a folklorist, although he was a classically-trained musician.  And he did have some knowledge of English folk tunes.  In another semi-autobiographical novel, The Dolphin in the Wood which is set in north Wiltshire, he mentions playing such tunes as Sir Roger de Coverley, Black Jack, Sellinger's Round, Rufty-Tufty and Goddesses, as well as the moralistic piece Man's Life's a Vapour, Full of Woes.

5  Ralph Bates was a man who set out to consciously know Spain and its people.  He was not interested in the 'idealised' picture that Spain's rulers were then trying to promote.  As he said:

I dare say that I know more about the life and work of Spanish shepherds, olive workers, ploughmen, peasants, than these Englishmen whom I find talking of a 'glorious Spanish tradition' and its fascist champions.  I believe I know the real tradition, the way olives are grown, wine made, cork gathered, what songs are sung for the picking of figs, or the herding of cattle.  I know because I have followed them, by what immemorial tracks the sheep flocks go up in summer from the red choking plains to the hills.

What a pity that Ralph Bates was not also a trained folklorist.  Had he been so then one can only guess what other gems he might have unearthed from amongst those vast cordilleras or red choking plains.