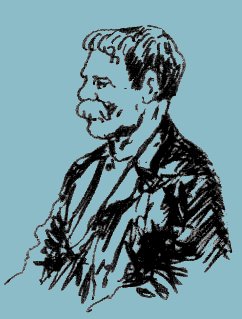 The Huntly Express article continued with details of what also happened to two of Willie and Helen's children.

First knowledge of the tragedy was conveyed to the police at Huntley about three o'clock in the morning by two of the boys of the family - William, aged eleven, and George, aged nine - who had escaped from the house, clad only in their shirts, and had run all the way to Huntly for assistance.  It was a terrible ordeal for the boys, the younger of whom was suffering from severe wounds to the head.  The tragedy is stated to be the outcome of jealousy, inflamed by drink.

Their twa wee bairnies, panic-struck,
To see their mither lie
Crept oot at a back windae
And for Huntly toon did fly.

Three miles they ran on muddy road
Withoot a hose or shee, [shoe]
Wi' nothing but their sarkies on, [shirts]
Heroic deed tae dee.

When at the Police Station
They tole their gruesome tale,
Nae winner though the lads were faint, [wonder]
And baith looked rather pale.

On arrival at the cottage, which is situated in a lonely spot, and flanked by the Drumdelgie Wood, at once proceeded inside, and no sooner had they opened the door than they realised that something untoward had happened.  There was a large quantity of blood in the passage, and in the kitchen they found the body of the murdered woman, her head being under a table and her feet in the fireplace.  It only required a cursory glance at the mutilated corpse to acquaint the police officers of what had happened and the cause of death.  The spectacle that greeted their gaze was a shocking one, but it was obvious that they could do nothing for the unfortunate woman.

The police men they took the road
To Cairnie wi all speed,
But not to save the woman's life
For she was past remeid.  [remedy/redress]

O Cummin, Willie Cummin,
A clood o'er-shadows you: [cloud]
The brightest rays o' sunshine
Will never pierce it through.

T'will hover roon your bairnie's heids
Like mist afore a rain;
Think wretched man on your misdeeds
And her whom you have slain.

Willie, unlike his wife, was not native to Cairnie.  He was born, c.1870, in Elgin, and had spent much of his early life in Dufftown and Aberlour before moving to Cairnie to seek work as a labourer.  He met, and married, his wife about fifteen years before killing her, the couple living in the small cottage that had previously been the home of his wife's parents.  At the time of the murder the Cummings' had four sons living with them.  Clearly the marriage was struggling and Willie had previously left his wife for a period of nine months.  Shortly after his return he assaulted Helen, claiming that she had been unfaithful to him.  He was sentenced to thirty days in prison.

It is now realised to the full how hard has been the lot of these little ones, reared in an atmosphere of perpetual poverty and misery, not unattended by privation and physical suffering.

And that seems to be that.  There was no further mention of the murder in the local press and the Cumming's murder appears to have quickly been forgotten by people in the North-East of Scotland.  But did it?  Let's look at an aspect of the murder that failed to be mentioned in the press.

Verse 3 describes the fight between Willie and Helen:

This is similar to a description of events that also appeared in the Huntley Express:

Finally, note the similarity between the newspaper's account of the two children fleeing their home - clad only in their shirts - with that shown in verse 5 of the ballad:

Three miles they ran on muddy road
Withoot a hose or shee,
Wi' nothing but their sarkies on,
Heroic deed tae dee.

The ballad ends with two moralizing verses of a type frequently encountered in broadside ballads of this nature.

Unknown 1: I've never heard that song before.
Unknown 2: No, but that's a true song.  At one time o day ye couldnae say that…you would get nicked for that…
H.H. Aye, but who forbad ye tae sing it? Was it the polis?
Unknown 2: Oh, well you see, the chap…got this life sentence, or whatever it was, it was just the same as that song, you know, that Irish song, what is it, McCafferty.  Well, it was the same idea as that.  You wasnae allowed tae sing it in this country.

McCafferty (Roud 1148), mentioned above, is the song that tells of the shooting, on Saturday 14th September, 1861, at Fulwood Barracks, near Preston, of two Army Officers, Colonel Hugh Denis Crofton and Captain John Hanhan, by Private Patrick McCafferry, a soldier later hanged in public for the murders.  It is a well-known song and many of the singers who have provided versions of the song to collectors have added that one was not allowed to sing it in the British Army.  This may not, actually, be true, as there is little evidence to suggest that the singing of the song was officially banned by the Army.  But, the person talking to Hamish Henderson in the dialogue printed above certainly believed this to be the case.  And, as he also thought that the singing of Willie Cumming had been banned, there is perhaps an implication here that this latter song had also, at one time, been well-known in the North-East of Scotland.  Surely, a song can only be banned if it is being sung.

Jean Elvin told Hamish Henderson that she had learnt the song c.1941 from her elder sister, although she had no idea where the sister had first heard the song.  This means that the song had only been around for some thirty years prior to Jean learning it.  During the 19th century there must have been hundreds, if not thousands, of broadside songs written to commemorate murders that had occurred throughout Scotland and England.  And yet, out of all these songs, only a handful seem to have remained within the tradition for any period of time.

3  On the other hand, we do know that one of the best-known of the broadside murder ballads, Maria Marten (Roud 215) - which dates back to 1828, was issued by at least six 19th century London printers (Birt, Catnach, Disley, Fortey, Hodges and Such) as well as by three provincial printers (Bennett of Brighton, Forth of Hull and Harkness of Preston).  Even so, the song has not appeared that often on the lips of traditional singers.