At the Setting of the Sun

Amongst my store of musical memories is a recollection of a hot August night in a West of Ireland pub about the year 1970.  Some of the finest musicians in Ireland were there assembled, and numbered in their company were two women players.  They looked a bit lost among the cognoscenti until they were asked to lower their instruments and sing.  In a shy, self effacing way, they put their heads together and almost drifted into Lord Donegal, - absoultely destroying my senses.  They were the Keane Sisters of Caherlistrane, County Galway. 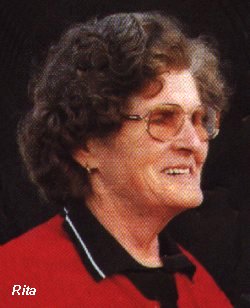 Listening to this CD, I was initially struck by how little their singing had altered over the years.  Comparing it with the LP they made around the time of that encounter however, (Once I Loved, Claddagh CC4), I found small but significant changes.  They sound a little older, not much, and tempi have become slightly faster, again by not much.  Alas, the years seem to have taken the edge off those delicate ornamentations, once such a Keane Sisters hallmark.  They are now fewer and, though I'm sad to say it, not always as well executed.  Yet tone and projection still sound the same and there are still the two voices, somehow never quite together, but blending with such beauty that it would not be injudicious to describe their unison singing as positively harmonious.  Perhaps this continuing integrity of style comes about through their attitudes to performance. The Keane Sisters, as far as I can see, never sought to project themselves into the outside world.  Rather, their delicate, feylike way with a song becomes our passport into theirs.  Inevitably, their air of quiet restraint puts me in mind of other musicians, the flute player Paddy Taylor for instance, and the blues pianist Little Brother Montgomery.  Very deep artists all of them.  Not a lot on the surface, but a world of passion underneath.

Their repertoire doesn't seem to have altered much either.  Of the songs in English that went into that LP, all but one are replicated here.  No matter - the wide spread stereo gives this disc a living presence and a warmth the old mono recording never possessed.  A wide spread of songs is here too, ranging from their 'classic' ballad, Lord Donegal, to sentimental parlour songs.  I am old fashioned enough to prefer their more traditional items but, when their singing captivates the heart like this, who can possibly argue?  In any case, the boundaries are not always as clear cut as we might like to think.  Stór mo Chroí, often thought of as one of their big traditional pieces, is actually a fairly recent composition from Brian O'Higgins. Despite its title, Stór mo Chroí (Treasure of my Heart) is in English and it is a pity that it has not been joined by some of their songs in Gaelic.  Not only are they fine singers in that language, they are a last living link with the Gaelic heritage of the Mhuige Seola district of South Mayo and North East Galway.  Interested readers can gauge how rich that area was in song via Eibhlin Bean Mhic Choisdealbha's 1923 collection, Amhrán Mhuige Seola. Conveniently, it has been republished by Clo Iar Connachta of Connemara. 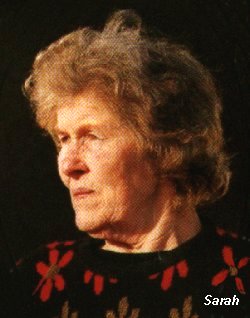 The booklet mentions the Bean Mhic Choisdealbha collection but tells us very little else.  There is the briefest of biographical sketches and there are texts of the songs, with various inaccuracies, but there is no information on them.  I came to Ayr on the Rhine expecting to hear the Caroline Norton composition, Bingen on the Rhine. It turned out to be a different creation entirely, but both songs share a common theme, that of the dying soldier.  I shall have to look to other sources to see whether they also share a common author.  Similarly, among the tune titles, I take Tara Keane's Favourite to be a family name. Whence comes however, the bizarre appellation of the tune it is paired with, The Indian at the Gate?

The last five tracks are instrumentals and the fiddle and accordeon of Sarah and Rita are augmented by various other members of the family.  They make a tight and lively ensemble, and their tasteful playing would have nicely complemented the singing.  Sad to say, the effect is marred by a far too prominent ceili band drummer.  Drums are an essential feature of ceili bands, where a strong rhythm is needed for organised dances, and a lively percussionist behind a large group of musicians can be a positive powerhouse.  The last thing this little gathering needs however, is a powerhouse.  Fortunately, like the piano on some of Michael Coleman's records, it is possible to tune the distraction out of the senses.

The Keane Sisters have become known to English followers of traditional singing, partly through appearances at The National Folk Festival at Sutton Bonington, and partly through Peta Webb, who has popularised some of their songs.  Whether or not you have heard them before, this disc represents a rare opportunity.  Unison singing was uncommon enough in Ireland even when the song tradition was a living force, and it will not pass this way again.  Demon is not a label I am much acquainted with and I would like to extend them an accolade for such an enterprising release.  May there be many more to come.