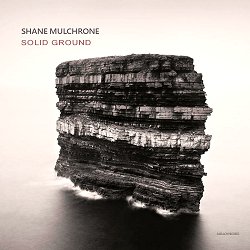 Oh, this is just lovely!  Whenever I receive a CD of Irish music for review, I wonder which of my short list of suitable reviewers to send it to ... but always have a listen to it first.  So glad that I did in this case - because who could resist a CD that starts like this? - Molly Bán  Reels have never really been my thing, but this is just the way to do it in my opinion.  The Raelach Records label was not one I was familiar with when they sent me RR005, Tony Mac Mahon & Steve Cooney: Scaoil Amach an Pocaide - Live in Spiddal, but I was enormously pleased that they did ... and the very same is true here.  Shane Mulchrone was another unfamiliar name to me - unsurprising in that this is his first solo recording, although he's been playing for over twenty years.  Did nobody notice how good he was?

Jack Talty seems to be fairly central to Raelach Records, and I had the pleasure of hearing him at Sidmouth last year.  Although he's mainly known as a concertina player, it was his back-up piano that I particularly loved ... and you get plenty of both on this CD.  You also get a couple of surprises; on track 4, Fowley's Mazurka / Billy's Boffin Waltz, Shane plays tenor guitar rather than banjo - to great effect.  The second surprise comes at track 10, with the slow air Cuaich&iacuten Ghleann Néifinn - yes, on a tenor banjo!  It's not a song I know, so I can't really comment on the interpretation but, as with Tony Mac Mahon, top marks for having a go!  I realise a short sound clip of a slow air is a bit silly - but I really like this track.

In truth, I'd like to give you a bit of almost everything on this lovely CD, but I would like to serve up just one more little delight; on the final track we find a couple of barndances, O'Flynn's Fancy / Delaney's Donkey.  Here's a bit of the latter, played as a sort of homage to the Flanagan Brothers, who recorded it in New York in 1929.  Buy this great CD, and prove that not all those unkind banjo jokes are true!