This is a CD reissue of Topic's 1978 vinyl offering of the same name (12T376), and provides 9 new tracks and notes by Keith Chandler.  That being the case, I think it might be as well to limit my comments to this additional material to be found here.

The new tracks are:

In addition, the Flowers of Edinburgh/Old Grey Cat set, originally attributed to Fred Cameron, is now claimed by one W F Cameron - who Keith Chandler prefers to think of as a different person, at least until further information comes to light. 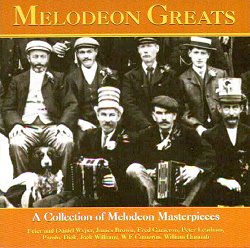 This is but the first of a number of differences between the 1978 notes, by Tonys Engle and Russell, and the present ones.  This is not a criticism of either record, and is hardly surprising in the light of the 21 year gap and Chandler's detailed research into the subject.  Some examples are that Peter Letham's name has changed to Leatham, that Pamby Dick is no longer said to have recorded as Leo Mallet or The Lloyd Brothers, and that no mention is now made of James Brown's having been taught by Daniel Wyper in his later years.

The sound quality of these early recordings is pretty gritty in places, dating as they do from as far back as 1909 - and there's no mention of 'sound restoration' in the credits.  Certainly, they sound no better than the vinyl versions - but perhaps the increased fidelity of the CD format merely allows you to hear the crap more clearly!  I was most impressed recently by Jack Towers' sound restoration work on Rounder's Squeeze Play anthology - albeit with somewhat more recent recordings.  I wonder if a better job was not possible on this Topic product?

The new notes are rather fuller than their predecessors, and certainly give a better idea of the people behind the music - particularly in the case of the less well known players.  Inevitably, the brothers Wyper are covered in greatest detail - and readers looking for more can go to Keith's MT article - The Wyper Bothers.   There is a new and useful 'Style and Repertory' section, discussing instruments, accompaniment, dances, melodeon styles elsewhere, as well as individual players stylistic quirks.

However, I do have some reservations.  The original sleeve-notes gave us six long paragraphs about the melodeon as an instrument; the current booklet gives two short ones.  I'm sure that this will be seen as special pleading, but I felt that the original detailed coverage was both relevant and important, and I'm sorry to find it missing from the booklet.

Similarly, I would have liked to find some more detailed information about the tunes these players used (even missing titles would have been helpful), in addition to what is presented in the Style and Repertory section.  This is particularly needed with tracks titled 'Irish Jigs' and the like.  A case in point: James Brown's tracks 1 and 9 are both so titled, yet the final tune in each case is, respectively, a reel and a polka.  The original track listing gave the type of tune before the title (e.g. Highland Fling - Miss Drummond of Perth) in the old Topic house-style - I was sorry to see that it had not been retained.  Also, some tracks purport to be of one tune only, going by the text - yet two are apparent when listening.

More importantly, the treatment of the photos in the booklet leaves a very great deal to be desired - though this technical failing should not, I think, be laid at Keith Chandler's door.  The 1907 photo of the Wypers (which can be seen displayed moderately well in Keith's article - link above) is reproduced here with the most abysmal incompetence, and one of the 'centrefold' group shots is little better.  Frankly, this is unforgivable, knowing the sort of graphics technology available to even the most small-time of publishing concerns these days.  Moreover, the James Brown picture would have made far more sense placed in the section about him - replacing the Pamby Dick photo which seems to have found its way there by mistake.  In-house DTP can be a mixed blessing without proper scrutiny of the finished product. 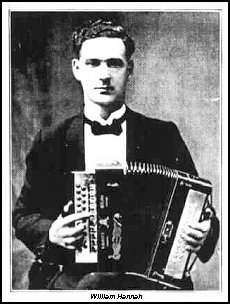 And it's odd that the section at the end of the notes giving details of the original 78rpm recordings only lists 22 of the 25 tracks.  Since all must, I presume, have originally come from 78s, it's surprising that the provenance of three of them is not noted, or the lack of the appropriate information explained.

The additional tunes are all worth their place - it's nice not to have to wonder why a particular tune was (or was not) included in either selection.

But, complaints aside, this is a very welcome reissue of some really great music from some wonderful players.  It's sobering to realise that they were old enough to have been the great-grandparents of some of our readers - yet we can hear their music as they actually played it as young men!  I look forward to Topic's further efforts in the field with eager anticipation.