"You can't judge a book by looking at the cover" sang Bo Diddley.  It's the same with CDs.  On first seeing this one, my heart sank. 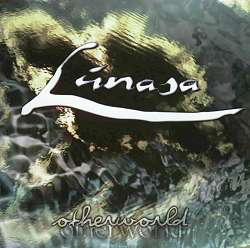 An arty photo of light glancing off rippling water - the band's name in blurry cursive script - a mystical title - an add-on sticker announcing "the hottest Irish acoustic group on the planet" - could it be another dollop of fey, new-age Celtomuzak, cashing in on memories of Riverdance?  WRONG!  This is the genuine article.  The sound balance and arrangements may be studio-smooth, rather than bar-room rough, but these are musicians who know their stuff.  They understand the tradition throroughly, though they aren't afraid to experiment with ideas from outside it.  Proclaiming them as world champions may be a little premature, but they're certainly serious contenders.  All of them possess great technique, and show excellent taste in using it, never sacrificing good tone or expressive phrasing for the sake of a little more speed, or a few extra flourishes.

A lot of thought has clearly gone into the organisation of this record.  The sequencing of tunes - within and between tracks - is imaginatively done, and melody lines are distributed among different combinations of instruments to produce interesting variations in sound texture.  I particularly enjoyed the contrasts on track 2, with the fiddle-pipes duet on The Floating Crowbar giving way to a dazzling whistle lead (well supported by guitar, bass and bodhran) on McGlinchey's, before the pipes and fiddle return to enrich the mixture on The Almost Reel.  But perhaps the most striking effect here is the foregrounding of wind duos or trios - flute plus whistle and/or low whistle - on several tracks.  The subtle differences in tone between these superficially similar instruments are exploited in some beautiful arrangements.  And the recording quality is superb throughout, allowing every performer to come through clearly.  A cello is hardly a rarity on folk recordings nowadays, but the flugelhorn comes as a pleasant surprise, and it's a pleasure to hear those mellower tones underpinning the more strident timbre of the fiddle, whistle and pipes on a couple of tracks.

My only reservation (and it's a very minor one) concerns the rythym section.  For most of the time, the base and guitar do little more than keep a regular pulse going behind the lead instruments.  And yet the subtle guitar introduction on Autumn Child, and the inventive bass line on Rolling in the Barrel, show that Donongh Hennesy and Trevor Hutchinson are capable of making a more positive contribution to the ensemble.  If one were to keep the ship steady, while the other played a slightly freer line, I think the overall effect would be even more enjoyable.  Nevertheles, it's a very appealing record, which sounds better every time I play it.  (And I'd play it more often if I could manage to prise it away from my son, who reckons it's the best CD I've reviewed in 1999.)