This collection of items recorded by Lietuvos Radijas (Radio National Lituanienne) redresses an imbalance - for very little of that country's musical heritage is readily available in the west.  The country borders Poland on the north east, and after the second war became part of the USSR.  That most excellent - not to mention useful for reviewers - of books, The Times Guide to the Peoples of Europe (the second, revised edition appeared this year), chronicles the culturally-repressive Soviet regime and attempts by the State to bring the country into line with mainstream industrial development.  Also, it notes, 'Once again it fell to the lot of the emigré communities to keep traditions alive' (page 294).  Yet the recordings featured on this disc seem, to an extent at least, to belie that statement. 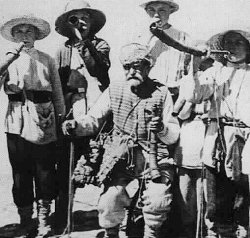 Items here span the years 1958 to 1995, but there is no clear division between the pre- and post-perestroika periods.  No pre-August 1991 preponderance of formally conducted state ensembles such as were issued in their thousands by the Soviets on Melodiya, CCCP, and related record labels, running at 78, 45 or 33 rpm.  Examples heard from this output over the years reveal a homogenised style from which regional and ethnic influences have been consciously purged.  There are, however, examples of such a style here - the 'Ethnographical folk theatre "Ancient Weddings" from Kupiskis (sic)', for example (track 12, recorded in 1977), or the 'Satrija Ethnographical Ensemble' from Luoke (track 31, from 1989).  These vocals tend to be rather sweet and lack that hard edge we have come to associate with traditional performance.  This isn't the place to go into a discussion of why traditional singers sound like that, but it's integral to a specific lifestyle.  That formal choral style is not one I enjoy very much, but, like reviewer Adrian Banham elsewhere on this site, my musical prejudices are on display for all to see.  But the 'Male ethnographical ensemble from Salakas', recorded in 1990 (track 16), sound a little like our own Staithes Fishermans' Choir, which of late has found some favour among collectors of traditional English material.  And the lead Lithuanian singer is nicely rough around tine edges, even if the chorus vocalists aren't.  That the style obviously continues to find favour among its proponents is evident from the most recent track here, from 1995, which maintains that very tradition (and my use of that term once again unlocks the can of worms recently opened by your editor).

The oldest performers featured on this disc, in a 1958 recording, are 0. Tamosiuniele and I. Navickiene, born 1879 and 1889 respectively, who maintain what we might legitimately assume to be an old style.  The two females (not a single Christian name is given in the booklet, which increasingly annoyed me, and is poor etanography) duet in harmony on a haymaking song.

In fact, items are often ascribed a particular occasion on which they were performed: weddings, christenings, rye-reaping, and nightwatch (a function unrecorded in England).  The song I enjoyed most was the melodically undulating Vai zydek, zydek, (sound clip) by B. Bogusiene, aged 62 when recorded in 1964.

Youngest of featured performers are D. Raciunaite and A. Bareikyte, young men aged 23 and l9 at the date of recording, in 1985.  This poses another semantic question concerning what is and what is not traditional.  Is this duo 'The Young Tradition' or the young tradition? The notes, sadly, reveal neither the process of transmission or tne context of performance.

Putting prejudices aside, there is a lot to enjoy here, even if most tracks have a rather abbreviated running time (some as short as 1:02).  In particular some of the instrumental items are splendid.  On the unnamed polka (track 3) two fiddle players in their early sixties give a spirited rendition, with whichever of the two in the higher octave sometimes failig to hit the note squarely.  This may be a deliberate technique, of course, and it gives the tune that hard edge I also look for in traditional song.

The majority of tunes heard here are in polka rhythm, though with quite a degree of varied interpretation.  The 'Ancient polka' of M.  Karpuskiene (born 1906) is ironically played on that most recent of inventions (relatively speaking), the chromatic button accordion.  Multiple bass buttons cause it to sound rather like a piano accordion, an instrument I can barely stand to listen to, but not quite.  In fact, both tonally and melodically it has something of a norteño feel about it.  The polka played on 'pipe' (track 25, although exactly what sort of pipe is unclear) is rhythmically free; while that on table zither (sounding remarkably at times like its first cousin the autoharp) of the following track is much more regular, but with a degree of exaggerated syncopation.

Perhaps the most outstanding of this bunch, though, is the quartet of three fiddles and bowed bass from Luoke (track 30 - sound clip), who, half a century on (in 1975), echo those exciting Tatra Mountains emigrant ensembles recorded in America during the 1920s.

In all, this is a worthwhile addition to the small number of accessible releases devoted to this area of eastern Europe/western USSR.  Contents are variable in quality, both in the degree to which readers of this journal will empathise, and in sound reproduction (a 1970 recording - track 13 - has a lot of white noise just under the surface, for example).  Despite the presence of the formal choirs, the fantastic vintage cover photograph showing five nomadic horn blowers indicates clearly the market Ocora hope to reach.  The booklet notes are workmanlike without being outstanding, and suffer both in translation to English, and in comparison with some of the wonderful boxed vinyl sets (on the Hungaraton label, for instance) to come out of the eastern bloc, or with single issues from our home-grown Topic label.  I could certainly have done with more details of the performers beyond their habitation and date of birth, and fewer platitudes about Lithuania as a nation of singing birds.  The material, though, like much of the best of traditional music and song, often transcends its origin - State-controlled radio - to reveal something of the musical soul of the performers. And in the final assessment, a reviewer could ask for no more.

MT always makes an effort to spell foreign words correctly and to accent them properly.  We would like to apologise to readers familiar with the Lithuanian language for the lack of accents in the titles of songs/tunes and performers' names.  The CD booklet utilises perhaps a dozen (presumably) appropriate accents, of which only two are supported by the ANSI character set - and are thus viewable in Windows.  In the circumstances, we thought that it would be better to omit all accents than to include only a few - Ed.