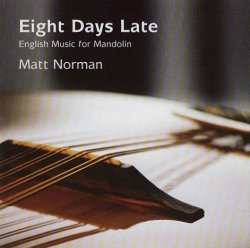 It's by no means every week I get a CD to review with the words 'English Music' in the subtitle - and here are two in a couple of days, both from the southwest of England.  Both are by performers at the younger end of the spectrum - ie. below 50 ...!  Indeed, all appear to be in their twenties.  This should not be - but almost always is - a problem for this magazine, since we deal almost exclusively with traditional performers.  And in England it's pretty well impossible for someone of that age to be a traditional performer in any meaningful sense of the word.

Since the word 'revivalist' has become rather pejorative (not without good reason, in my opinion), I chose to use the word 'successors' to describe the younger performers whose music fits rather better within the remit of MT.  These are people who have learned something from traditional performers, though not necessarily at first hand, and who are active in a social setting which is not entirely commercial.  However, my main criterion for inclusion is that their music sounds 'right' to me, and that they seem to be more concerned with their music than with commercial success.

Matt Norman's CD gets a review since 15 of its 19 tunes are traditional (the other 4 are self-penned), he cites traditional sources in 5 cases and, through his work with the Wren Trust, he is clearly involved with the music making of his local community.  That said, I have to admit to not being entirely comfortable with some of the tracks here.  The 'art as object vs art as process' debate raises its head again, and I feel that a good deal of what's on offer here is conceived as something for an audience to listen to passively, rather than as a part of some sort of communal process.  Mind you, since I don't know the details of Matt's work with the Wren Trust, this may be an unfair criticism.

He's certainly a very good mandolin player, and rarely sets his tunes at too fast a tempo - indeed, I sometimes think one or two of them may be a bit too slow - although they are clearly not intended as dance music ... many tracks contain more than one tune, and these are rarely in the same rhythm or tempo.  The CD starts well with the Imperial Quickstep (sound clip) followed by the wonderful Harliquin Air, learned from John Offord.

John should certainly know how to play it, though I find it difficult to enjoy it at this very slow tempo, having learned it myself as a fast-ish polka!  Matt's instrumental versions of song tunes are not to my taste, but I do enjoy his own 3/2 Hornpipe, and absolutely love the Oldham Rowling Hornpipe (sound clip) which follows it - though not wholly in 3/2.

The rest of the CD follows with various items I enjoy coupled with ones I don't.  Accordingly, I would guess that most listeners will find that they like parts of it and are not so keen on others - which is really all you can ask of a CD with 47 minutes of music on it.  However, I shouldn't leave it without mention of Paul Wilson's excellent guitar / mandola back-up on several of the tracks - he really makes a significant contribution, yet never gets in the way. 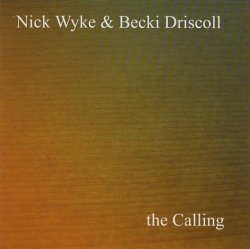 Nick Wyke and Becki Driscoll's CD is rather different, and gains entry here partly by virtue of 12 of its 17 tunes being traditional, but mainly by the quality of the playing - which is absolutely superb!  True, they've also done a lot of busking, which may be considered to be a traditional activity - but it's the sheer class of the playing which demands a review.

Let's start with track 1, which is labelled as Miss Christina / Queen's Hornpipe.

The first is a rather stately piece written by Becki Driscoll, and it's followed by two other tunes, the first of which seems like a minor version of the second.  Unfortunately the brief notes tell us nothing of the provenance of the tunes, so I don't know which of them are actually the Queen's Hornpipe - but I do know that the last one is much more well-known as the Gypsy's Hornpipe.  Anyway, here's a sound clip of them both.

All the playing is so good, and all the tunes are so nice that I think it's probably best if I keep my selected sound clips to items which are likely to be unfamiliar to most readers - so we move on to track 4 and Bonny Kate / The Twin Sisters / Saint Bride's.  The latter is one I've not heard before, so here's a sound clip.

At track 7 we find three good jigs - Trip to Plymouth / The Shepherd's Wife / Captain Wyke's Dance.  I know the last two (though not by these names), but the first is new to me, so here's a sound clip of the Trip to Plymouth.

I think it's a great shame that the insert (a three page fold-out) gives us no information beyond the names of the tunes and who wrote the non-traditional ones, and a short 'thanks to' item.  I would assume that the CD is aimed at people who enjoy English fiddle music - and most of these, in my experience, are avidly interested in the provenance of the musicians' repertoire.  They will be disappointed - and nor will they find any such information on the English Fiddle website - www.englishfiddle.com