I Sang that Sweet Refrain

The single thing that makes these three singers so immediately recognisable is the distinctive tones of each of their voices.  Joe has that thick edge that seems to make his decorations come easily, Packie has a marked vibrato that is quite unusual amongst traditional singers.  With Kevin, you are aware that every note is being struck with a bell-like certainty and distinction with effective use of silences to emphasise the beauty of the notes. 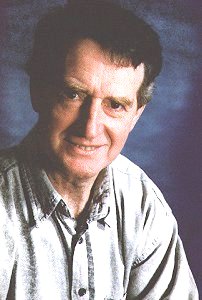 A Derryman, Kevin has now spent more years in Glasgow than in his native town, but stylistically, there is no doubting his origins.  His pattern of decoration is very different from Joe's, if no less effective.  He builds his distinctive approach by mixing notes with delicious triplets with others that are clarion clear and undecorated, with the latter also carrying a stress.  In many songs this becomes almost a pattern of alternate notes.  For example, in The Banks of Brandywine we get:-

She said young man be civil your company I'll forsake
For in my real opinion I think you are a rake ...

The bold words or syllables are the stressed, straightforward notes with the others carrying the decorations.  It makes a very attractive and effective acoustic pattern quite apart from the beauty of voice, melody and words.

Most of his songs come from singers from the north of Ireland, predominately from those from the Inishowen peninsula, though there is one melody learned from the very fine Scots singer, Tam Spiers, and the opener, Paddy In Glasgow, comes from the Greig-Duncan manuscripts.  This could be the song from this album that makes the biggest impact, rather as another Erse-in-Alba song, The Mickey Dam, was to do on the twenty-year old Topic album Free And Easy.  Very pleasing as the Topic album is, it seems that Kevin has become a more complete and expressive singer over the years so that the emotional impact of items such as False Lover John, Granuaile and The Red Haired Man's Wife is very considerable.

Unlike his earlier album and unlike the other two albums in this selection, Kevin chooses to present some of his songs with accompaniment.  On six of the sixteen tracks, we hear Kevin in the company of the long established Scots duo of fiddler Charlie Soane with Brian Miller on guitar and mandolin.  The impression given is that Kevin makes little or no change to the way he would interpret the songs because he has instruments playing behind him.  Charlie's fiddle line follows the sung melody very closely with a few link phrases and some judicious double stopping.  Brian's contribution is firm yet sensitive and unobtrusive.

Two albums in over thirty years singing is scant representation of one of our finest current singers.  "Only his own diffidence has prevented him from recording a dozen albums" says Adam MacNaughtan in his introduction to the album.  Having experienced the considerable impact of one of his recent performances, I can only concur with this.  And while we are about it, Kevin isn't the only fine singer in the family.  Why hasn't the lovely singing of his wife, Ellen, been heard on commercial recordings?