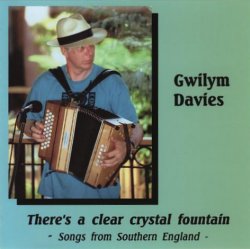 It's an interesting thought that a traditional singer - in England, at least - usually only sang one song at a time for other people to listen to; and it would be very rare for him or her to sing more than two in a row.  The reason is quite simple; public singing would occur within a singing community of some kind, and so there would always be other singers in the room whose contributions would be equally valued - even if they were not considered equally good singers.  This situation would only change with the advent of folk clubs prepared to book a traditional singer as a paid guest - and even then, in my experience, they would usually be asked for several short spots of 3 or 4 songs rather than the usual 30 to 40 minute 'sets' of a revivalist guest.

The era of commercially available recordings presented the listener with the opportunity to hear around 45 minutes (LP) and 80 minutes (CD) of a solo singer - and a problem began to emerge.  The 'tolerably good' singer, whose two or three songs in an evening would have been welcomed (particularly since 'song ownership' protocols would mean that no-one else would sing them) was revealed as exactly that - only tolerably good - when listened to for these extended periods.  This is not to describe Gwilym as only tolerably good - but his limitations do become very apparent after an hour of listening.  Mind you, I can't think of any solo, unaccompanied singer, in any genre of music, of whom this couldn't, to some degree, be said.

In Gwilym's case, he sings with almost no melodic, tempo or phrasing variations.  This is less of a criticism than it might be, since many of his songs on this CD, particularly in its first half, do not obviously lend themselves to such treatment.  However, after some 55 minutes of continuous listening (which is what a reviewer has to do) one does really yearn for some variation.  Further, and more importantly, his sense of pitch is not always as true as it might be, although this is less of a problem in the few songs he accompanies on melodeon.

One of the perennial gripes one hears about 'these old songs' is that they are no longer relevant to the world we live in today.  This is patently nonsense when the song is clearly relevant to the singer, and it is sung in such a way as to communicate this relevance to the listener.  One of the problems for a revivalist singer (without a singing community to apply its own concepts of shared relevance) is to decide which of the hundreds of songs he/she has access to are actually relevant to him/her; to discover what about the song makes it relevant; and to find a way of communicating this to others.  The fact that you collected the song from a lovely old traditional singer whom you knew well and of whom you have fond memories, does not, of itself, make the song relevant to you in the 21st century.  It may do, but you have to understand why in order to be able to communicate it to your listeners.

The above observation is appropriate in considering this CD.  Gwilym has spent half a lifetime collecting songs from traditional singers - many of whom, one must suppose, he knew well, were lovely, and of whom he has fond memories.  Whether he was wise to record a whole CD of these songs is another matter.  I'm afraid that I feel many of them are not, of themselves, relevant to the 21st century, and nor do I feel that Gwilym has convinced me that they're relevant to him.

I mentioned the 'halves' of this CD earlier.  Gwilym has lived in Hampshire for the first part of his life and in Gloucestershire for the second - thus we find that the first 12 tracks are of songs and tunes he collected in my home county, and the last 8 from where I live now (but with one song from Charlie Hill, of Dartmoor, in the middle of these).  Most interesting are the four songs at the start of the Gloucestershire half - I Took my Dog, The Rich Farmer of Sheffield, My Father Built Me a Little Boat, The Barley Straw - all from the Smith family (Wiggy and Biggun) of Cheltenham.  Not the most interesting because I like them most, but because suddenly the singing takes on the character and urgency which is lacking elsewhere.  These four songs are very well sung - and make me wonder why so few of the others command my attention in the way these do.  My assumption is that Gwilym invests his songs with little of his own personality, and is content to simply mirror the performances he collected.  This is no bad thing of itself, although if the original singer's performance would not have been relevant to today's world, then neither will Gwilym's be.  But Wiggy and Biggun Smith were powerful and charismatic singers, so Gwilym's songs partake of their vitality.

This is not intended to be a negative review - there is little here to take exception to - but it does, I hope, raise some questions which all of us revivalist singers of traditional songs need to find some answers to.