Brilliant virtuosity from two of the country's most renown musicians, this long awaited debut is one of the most exceptional albums yet of traditional Scottish music.  Iain MacDonald and Iain MacFarlane have played both professionally and casually together for many years, growing up not far from one another in Moidart (Glenuig and Glenfinnan respectively). 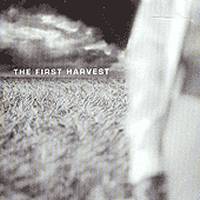 MacDonald has already lent his musicality and technical precision to some of the better recordings in the genre, whilst a part of Ossian and the Battlefield Band.  Iain MacFarlane has quickly become one of the most sought-after fiddlers in Scotland, in association with the Blazin' Fiddles and as a teacher and session player.  Together, they are testament to how exciting trad can be in the right hands.  In a scene with a tendency to constrain its palate to the sonic equivalents of either tartan-wrapped bon bons or illicit substances (in similar gaudy packaging), MacDonald and MacFarlane show us another way.  No such stuff requiring purgatives for them - this is an album of strong tea, casket-fresh lager, and a few carefully selected, smoky drams.

The set absorbs and integrates a myriad of influences between Scottish standards, extractions from old manuscripts, Irish tunes, and originals from Cape Breton fiddler Jerry Holland, P M, G S MacLennan, and, of course, the Brothers Three (i.e.  Iain, Alan, and Dr Angus MacDonald of Glenuig).  A welcome difference for an album of essentially Scottish music, MacDonald gives most of his attention here to the flute and whistle.  This offers equal footing to MacFarlane's fiddle, and their collaboration is impenetrably tight, right down to variations and single ornaments.  The arrangements themselves are rich and textured without ever descending into busyness, thanks especially to the tasteful and complementary backing of Ross Martin and Ewan Vernal.

There is a great proliferation of musical contrasts, and movement between them, such as the where the brooding of Mom's Jig on Track 8 is bowled over by the swing of Annie's Carafe.  Another highlight is the slow air penned by Allan MacDonald, Fągail Dhuneidin, where lead instruments trade parts, providing an expanse of space and a chance to really take in the players' control and expression.  As a bonus, the album features the soulful singing of Kathleen MacInnes on two tracks of waulking songs.  What could have been left as just two fine renditions of Gaelic song has been crafted into dynamic ensemble pieces, without affecting the hypnotic simplicity of the main vocal line.  The First Harvest is a musical cornucopia and a feast for the ears.