I am always perplexed by the large number of folk music fans who appear to want greater media exposure for the subject of their enthusiasm.  They want more radio programmes devoted to it, more TV coverage - in short, they want it to be more popular.  You would think that there were not enough people on the scene old enough to remember how things were when it was more popular - and fully able to recount the awful results of that popularity!  As Russ Hatton wrote in these pages just a couple of years ago:

"Been there, done that, didn't like it, wouldn't do it again" ...  If we aging folkies think we learned anything, it is that the medium really is the message.  We learned the hard way that it is naive to think that you can take a basically sound product and 'package' it while leaving the product unchanged in all the important ways.  It is silly to conceive of the product as distinct from the package and view the package as external, nonessential, etc.  What we saw for ourselves - time and again - was the packaging forming the product, not conforming to it ...  Are our children really going to insist on making every damned mistake we did?

And if they don't have any older friends to advise them, then they can surely look at the effects of popularity upon that present-day phenomenon; the supposed 'Celtic' music. 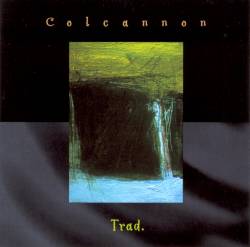 Do they really want CDs of synthesized Northumbrian trance music, or of Lays from the East Anglian Mists?  Or even the likes of this present offering ...

Colcannon are a five-piece group from Colorado with a 19-year pedigree.  Their previous five albums have won numerous awards, and their last spent three months in the Top Ten of the National Celtic Radio charts.  In the past, their music has been predominantly self penned material and versions of songs by other contemporary writers, so the publicity blurb tells us, but this album, as its title suggests, is of all traditional material.  Exactly what has prompted this change of direction - in the face of such previous success - is not explained.  Could it be that they think this is the direction things are going in, and hope to get an early seat on the bandwagon?

I must assume that, given their success, Colcannon were both competent and comfortable with their earlier musical endeavours.  Sadly, that is not the case here, but I'm in difficulties already, trying to discern exactly why.  Part of my problem is that the record's so difficult to listen to - not that it's unpleasant in any way, just that there really isn't anything to listen to ... nothing to focus on!  The music just sort of 'happens' - without any apparent motivation, or meaning, or drive, or communication.  It emerges from my speakers, and all I can think of is the question ... Why?

I must try to be a little more precise.  The band members play fiddle, flute, guitar, bouzouki, double bass, bodhrán ... all perfectly competently, yet without any aural evidence of their being fully in command of their music.  None of the tempi are particularly fast, yet they always sound just a little too fast for the band to play comfortably.  The singer, Mick Bolger - said in the publicity to be 'perhaps the heart of Colcannon' - is particularly unconvincing.  He manages to sing in Irish with an English accent, yet with a strong Irish one on English songs like Benjamin Bowmaneer - and with occasional uncertainty of pitch in both.

Enough!  This is not a good, or enjoyable CD.  It is, however, a very good example of what happens when professional musicians attempt to play traditional music - of what happens when something seems likely to be about to become popular, and people without a clear idea of what it's about decide to have a go at it.

Someone once told me that he thought the best thing that could happen to traditional songs is that they might be made illegal.  Oh yes!  Just think about it ..........