The Ballad and the Folklorist 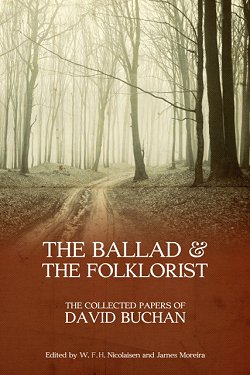 As it is twenty years since David Buchan died, and it has taken some eighteen years for his writings to be collected and published, many readers may not even be aware of the remarkable folklorist this publication rightly celebrates.  I hope some background information may be excused before the book itself.

I must first declare an interest, for Buchan was a friend from schooldays and university, whose career in folklore I followed with interest and admiration.

In 1993 I was able to persuade Aberdeen University to establish a chair of Scottish Ethnology - only the second in Britain - to research and teach the rich traditional culture of the North-East of Scotland.  Its great resources had been demonstrated by the recent publication of the eight volumes of the Greig-Duncan Folk Song Collection, one of the greatest ever made - made by a North-East schoolmaster and a minister in the decade before the Great War - but a publication which had been edited by the School of Scottish Studies, Edinburgh.  It was time for Aberdeen to take a lead in researching and publishing the riches of the region.

The candidate I had in mind was David Buchan, who was by then an internationally renowned folklore professor, at that time head of the Folklore Department at Memorial University, St John's, Newfoundland.  He was indeed appointed to the Aberdeen chair in early 1994, despite telling the committee that he was suffering from a recurrence of cancer - but a cancer which caused his death in the October of that year.  (Sadly, the chair remains unfilled, although the hope is that the University will advertise it once more).

In his memory, I had his most famous work The Ballad and the Folk (1972) reprinted by Tuckwell Press in 1997, adding an Introduction which highlighted Buchan's North-East of Scotland's roots, and his great interest in theatre.  This book had been a remarkable study of North-East traditional culture and singers over the centuries.  Previously, in 1996, I had also initiated a publication of Buchan's collected writings, which was undertaken willingly by a long-standing colleague of Buchan's, Bill Nicolaisen, honorary professor of English at Aberdeen, who had an unrivalled store of Buchan's reprints and books.  The project transferred to Memorial's Folklore Department, and the folklorist whom Buchan had described as his finest student, James Moreira (who was also heavily involved with editing Buchan's The Glenbuchat Ballads, published in 2007) completed the editing.  Thanks to the action of the department's new head, Diane Tye, it has been published at long last in time this year for the twentieth anniversary of Buchan's death in 1994 (the publication date given in the book, 2013, was optimistic!)

The work that had made Buchan famous - or notorious - had been his 1972 The Ballad and the Folk.  It had two main thrusts - to set the traditional song of Britain's most fertile ballad region into its social context (hence 'and the Folk'), and to analyse the processes of transmission of the oral ballad, as literacy took over and seriously affected it.  The first may now have become commonplace, but his second approach was highly controversial.  It took up the oral-formulaic, 'recreative' view of oral composition, based on the Homeric scholarship of Milman Parry and Albert Lord.  The latter had demonstrated that Yugoslavian singers, in a non-literate culture, re-created their ballads with each performance.  Could the British singers have done the same?  Buchan followed these ideas via the analysis of various collections of singers, from the stages of 'the oral ballad' to that of 'tradition in transmission' as literacy began to take hold, to 'the modern tradition' in a fully literate society.  Although many, such as Hamish Henderson, praised the book, fundamentally, Henderson in fact did not accept that the singers Buchan quoted showed 're-creation' at any stage in British ballad history (his essay in Edward Cowan's 1980 The People's Past makes this very clear), and many were to agree with him.  Nevertheless, it remains one of the most widely quoted (and contested) works of its kind.

This present book - really 'Selected Works' - reprints a representative series of just over half of Buchan's writings from 1967 until his death, as well as listing his complete set of publications and providing a valuable Introduction (which deals with the above controversy). 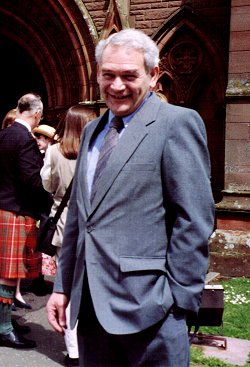 The thirty-four papers are grouped in sections: 'Ballads; History, Collection and Composition'; 'Tale-Role Papers'; 'Folk Narrative'; 'Northeast Ethnology'.  The first gives the run-up to his 1972 book and its development, the third details his delight in legend, ranging from the Irish to the likes of Glasgow underworld jokes, and the fourth ranges from folk-play to the unique farm-life songs - the 'bothy ballads' of the North-East of Scotland.  The second section has him in thrall to the application of Vladimir Propp's 'tale-roles' to ballads, claiming they incorporate fascinating patterns of 'Speller and Bespelled', 'Upholder, Opposer and Avenger' and the like.  Although I wonder if they have ever been in the mind of an actual traditional singer, what they do illustrate is Buchan's continuing and enterprising attempts to apply the findings of other fields and disciplines to folklore.

(When he was first diagnosed with cancer, as editor of the Aberdeen University Review I asked a paper from him on 'The Historical Balladry of the North-East', (AUR no.189, Spring 1993, pp.377-87) in which he distilled and incorporated his great love and knowledge of his homeland.  Unfortunately, this present collection prints only a typically brief conference paper with a similar title.  A copy of the Review paper is available in the Vaughan Williams Memorial Library and is well worth reading to get the measure of this scholar).

David Buchan was a well-built, handsome, and cheerful man (with a dismaying penchant for appalling puns), but is most unfortunately represented in this book by a miserable painting made from a photograph taken when he was dying.  Throughout a distinguished and productive career, which brought him an international reputation, he was noted for the thoroughness of his work, imaginative handling of complex and difficult problems, and generosity and kindness to both colleagues and students.  This book, long-awaited by his family and colleagues, should prove a valuable compendium and digest of his work for singer and scholar alike.