First of all, as the CD's rather arresting cover photo shows, Bill is female, not male - the name is a shortening of Belinda we're told. 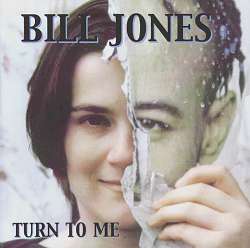 I find this record interesting - not particularly for what it is, but for the potential it represents.  What we have here is a very young performer (late teens, from the photo), who chooses to sing and play a number of good and interesting traditional songs and tunes. Moreover, she does a lot of things right and very few things wrong, to my way of thinking.

First and foremost, she avoids the trap into which so many young (and not so young) performers fall - that of believing that technical instrumental skill is the first requirement.  Nor do I mean by this that she's not very technically proficient - I mean that she plays well and appropriately for the song or tune being played.  When necessary, in the reel The Skylark for instance, it's quite clear that she can play the flute fast and with some bravura - but she has not seen the need to transfer this style of playing to other tunes where a quieter, slower and more laid-back approach is more appropriate.  I should mention that, as well as flute she also plays whistles, accordion and piano - this latter being found on almost all tracks.  I have no problem with any of the playing, except perhaps a slight tendency with her piano accompaniments to over-use the trick of hinting at a major chord at the end of a line in 'minor sounding' modal tunes.

But as 11 of the CD's 13 tracks are songs, it is to her singing that the most attention should be given.  As I said, there are some good traditional songs here - Handsome Cabin Boy, The Fisherboy, Brisk Young Sailor, Long John Moore, Young Waters, Wee Croppy Tailor, Ye Marners All - called A Jug of This in this case, and an English translation of Tįimse im Chodladh.  There's also The Mist Covered Mountains, Blood & Gold, The Universal Soldier and her own song Turn to Me.  I have to say that I don't find these more modern offerings stand up very well against the traditional songs, but the trad tune she's used for Turn to Me is very fine - familiar, but as yet unrecognised.

Bill Jones sings very much in the way of the young Anne Briggs, but lacks a little of that emotional intensity - not altogether a bad thing one might say, since there are other, sometimes better, ways of getting a listener's attention.  She has begun to find some of these and, as she gains in maturity and experience, I am sure she will find more.  The Brisk Young Sailor is the only unaccompanied song and probably the best on the record. She sings fairly freely and, while not varying the tune very much, at least doesn't repeat the same decorations in the same place in every verse. The accompanied songs lose a little of their freedom, but her piano back-up is often quite quirky and allows a degree of phrasing irregularity which is pleasing to hear - Tįimse im Chodladh and Young Waters are particularly notable in this respect.

Most importantly, as with her playing, she sings quite without flash or obtrusive technical ploys, yet manages to create something which stands, at the end, as mature, substantial … worthwhile.  That so young a singer can do this is no mean achievement.  That she chooses to do so with a largely traditional repertoire is extremely heartening.

So - a good and very interesting first record, and it would be nice to say that I look forward to her second.  However, reality is likely to dictate that - as a young, female singer and piano player - the lure of making herself over into another Kate Rusby, with its attendant possibilities of fame and wealth, may prove too much for her, or her advisors.  If this is the case, we'll probably have to wait for another twenty years before we hear what she can do.  I certainly hope we don't get a repeat of the Anne Briggs story and find her turning away from the music entirely, unable to cope with the demands of a life as a professional singer.  Whatever the case, I look forward to hearing the record which this one leads me to believe she might be able to make, and hope that the wait will not be too long.