Now here's an interesting release.  All but one of the songs are what Sharp and Vaughan Williams would have defined as 'folksongs' and are sung in what can best be described as a 'folk' manner.  As a bonus, we get some good accompaniments, plus an additional four instrumental tracks. 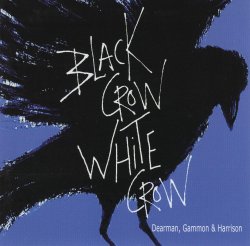 Oddly, though, the track that I like best of all is not one of the folksong, but is rather the Music Hall song Daddy, don't go down the mine.  But, despite all these positive things, I have to say that I am slightly unhappy about this release.  Why?  Well, for a start, there is the odd use of the phrase 'specimens of narrative songs and lyrical songs' that appears in the sleeve notes.  Somehow the word 'specimens' brings to mind row upon row of glass-topped cases filled with pinned, and very dead, butterflies.  And this is at odds with the contents of the CD - namely songs that are very much alive and kicking!  Then there is the way that the singers, Annie Dearman and Vic Gammon, approach their material.  Let me quote from the booklet notes:

As folk music revivalists, we perform in a way that is both our own thing and yet also derived from the styles of traditional performers we have listened to and learned from.  We claim nothing for authenticity of what we do (other than in playing it we are true to ourselves and our influences) but we believe that we perform in a robust and firmly rooted English style, well suited to the material.

I don't know Annie Dearman, who is described as a 'freelance designer and maker of theatre costumes', but I do wonder if this connection to the theatre has rubbed off somehow in the way that she sings.  Annie has a lovely voice and is quite capable of singing her songs well.  But, and to me it's a big but, why, oh why, does she suddenly drop into 'stage English'?  It's as though, in the middle of a line, she suddenly remembers that she is singing a 'folk song' and ought to put on a 'folk' voice.  The result is a strange combination of contorted vowels - this parting gives me pine - sung in an amorphous 'estuary English' accent that owes more than a little to the 'Eliza Doolittle' school of linguistics.  Indeed, when I first heard the CD I was prompted to ask friends whether or not Annie's first language was English.

Vic Gammon is also a fine singer but, again, I find his habit of bleating somewhat unsettling.  It's the sort of thing that Ewan MacColl did so well, but which others have found hard to replicate.  And it has little to do with traditional singing, even though revival singers might believe that in so doing they are singing in a 'traditional' style.

Others, I'm sure, will take umbrage with all this.  It is, after all, a personal thing and I just happen to find it an irritation in what is, otherwise, a really rather splendid album.

The CD comes with a set of short, though informative, notes and I can add a few additional comments.  The 'A' part of Pleal's Allemand shows some connection with the opening of the Scottish dance tune Petronella, although I suspect that this is accidental, rather than deliberate.  Early, early in the spring, collected by Ralph Vaughan Williams from a Mr Hollycombe of Sussex, is one of the folk tunes that the composer incorporated into his classical compositions.  When I first listened to the Boatswain and the tailor I though that there was something familiar here.  And then it hit me.  The tune is similar to that used by George Spicer for his Cunning Cobbler and I'm sure that Vic has incorporated something of George's delivery and timing into his version of the Boatswain and the tailor.  Old Garden Gate, again another song collected by Vaughan Williams, is not only known in Britain and Ireland, as the notes state, but was once common in America, usually under the title The False Young Man.  In the notes to The Crafty Maid's Policy we are told that this is also called Sweet Joan.  As the song is sung to a tune used for the song Lovely Joan (sometimes called Sweet Lovely Joan - Roud 592), I presume that Sweet Joan and Lovely Joan are different titles for the same song.  If this is the case, then I have to disagree and say that The Crafty Maid's Policy is not the same song.  Cecil Sharp kept the two separate and Steve Roud assigns a different number for The Crafty Maid's Policy (Roud 1624).  As one old American fiddle-player once said to a collector "The two tunes might sound the same, but they are not!"  Finally, we are told that Daddy, don't go down the mine became popular in America because of Vernon Dalhart's 1920s recording (he actually recorded the song on three separate occasions, twice in 1925 and once in the following year) but little mention is made of the song's continuing popularity in Britain.  At least two Music Hall singers, Frank Boyce and J H Greener, popularised it and, although not the sort of song that many collectors would actually collect, it has turned up in several locations.  For some reason it seemed to have been especially popular in the Black Country, where both George Dunn and Lucy Woodhall sang it.  (George's version is on his Musical Traditions CD, Chainmaker, MTCD317-8).

When I first became interested in English folksong I would await new Topic LPs with anticipation.  Singers such as Ewan MacColl, Bert Lloyd, Roy Harris, Louis Killen and the Watersons could be heard on solo or anthology albums, each being a joy to hear.  Then, somehow or other, the revival seemed to go astray (well, it did for me, anyway!)  Electric bands seemed to swamp the scene and I found myself drawing away from recorded folkmusic and spending more and more time seeking out the few remaining traditional singers that were still about.  But, things continually change and we now seem to be returning to those halcyon days.  I am sure that some years ago the EFDSS would not have issued this recording.  Well, thankfully, they have, and singers such as Dearman, Gammon & Harrison are, in their own way, producing a new tradition - one based firmly on the older traditions, but also one that displays its own vitality and innovation.  And, of course, these singers are not alone in so doing.  There are now many other solo and group singers who relish the delights of acoustic music.  Long may they reign.