A Song for Every Season (book)

The family enterprise that promotes their own tradition has been busy in the last two or three years.  Privately, Bob expressed a lot of disappointment at the way his 1994 book Across Sussex with Belloc was promoted and distributed.  Perhaps it was this that led them to believe that they could do the job better themselves.  Whatever the reasons, they have now produced their first album on CD Coppersongs 2, the superb Copper Family Song Book and a cassette reissue of the EFDSS, and then American Folk Legacy, vinyl album Bob and Ron Copper.  What chance now a reissue of the four album Bill Leader-recorded set?  I think that they would just fit on to 2 CDs. 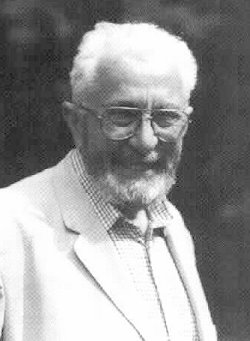 It is certainly good to see Bob's first book back in print again.  Originally a prize-winning publication by Heinemann in 1971, this paperback edition shows a number of technical differences from the hardback original.  It is set in a smaller point, so that the 192 pages of text are now covered in 128.  However, the print on high quality glossy paper is perfectly legible.  The old photographs that were grouped together in the original are now interspersed throughout the book at appropriate places.  Though they are now smaller, they are somehow clearer (though too small to reproduce well here); certainly there is better contrast in these reproductions and the unfortunate cropping that was noticeable before has been avoided this time.  Bob has drawn new illustrations for each chapter headings.  They are all appropriate to the text and the figures display a rural charm, but they lack the impact of the very fine sparse-lined drawings of farming implements that he provided to grace the Heinemann edition.  The 47 family songs that formed an appendix before are also found here, still divided into the four sections that correspond to the four album titles, but now the music artwork is by Bob himself.  Presumably, Bob has copied from David Kettlewell's original work, but the result is clearer and more aesthetically pleasing.

It comes as something of a shock to be re-reviewing that book and to realise that 26 years have passed in the meantime.  It is probably ten years or more since I last re-read it, but Bob's prose still seems as vibrant as ever, even if the world that he was describing is even further away.  (Where was the Internet, personal computers even, when this book first appeared?)  One of the outstanding features that strikes anew is the skilful way that Bob intersperses his own imaginative carefully constructed prose with the more concrete, factual accounts by his father.  Jim's passages still have that strong whiff of old ways about them and you realise that, apart from everything else, he must have been a very good story teller.

Bob's writing is full of understanding of the human condition and the motives of others, and he can toss off some really insightful observations almost in passing.  In one section, for example, he seems to be able to identify that difference, that essence that sets the traditional performer aside from the revivalist, even the dilettante.  He may even be stating the reason for the existence of a magazine like MT:

Many of the songs sung by those old timers were about the work they did and the fact that a singer was so well acquainted with the subject of his song gave it the ring of truth.  You can really believe in a song about the plough when it is sung by a ploughman, but, be it ever so sweetly sung by a man who does not know a share from a coulter or a whipple-tree from a pratt-pin, it will never sound quite the same.

Having written that, there is no doubt that in writing A Song For Every Season Bob turned many hundreds of people on to singing English folk songs, his wonderful family repertoire amongst them.  The book does not seem to have dated since its first publication and, if anything, seems more important now that it did then.

Bob's most recent book is a slimmer volume than his four other published writings.  It takes the form of six essays followed by twenty-one poems written by him between 1943 and 1987. 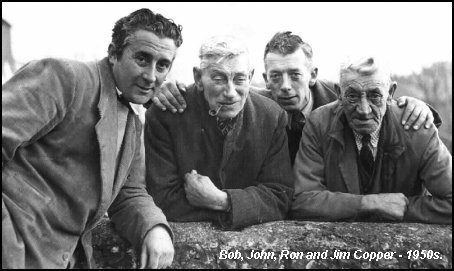 In some ways Bob Copper's Sussex fills in some of the gaps in the Copper family story that have not been included in Early To Rise or in the above book.  For instance, we read in a section called Changes In The Village that after the failure of the big farm in Rottingdean in the 1920's, Jim got a job as a carpenter/ blacksmith for Brighton Corporation, repairing and refurbishing the tools for the workmen who were trying to prevent coastal erosion of the cliffs.  This allows another opportunity for some more animated descriptions of the father he so obviously loved dearly.  Another very strong piece of writing relates the village's role in fishing and the purple passage of this chapter is where he spends a day helping an old fisherman to check his lobster pots.  The writing is so lively and evocative that he could be describing something that happened last week.  Then one realises with a start that the day he was recalling so vividly took place some seventy years ago.

In The Downland Muse Bob surveys verse about the rolling hills that have surrounded him all his life.  These range from famous lines by Rudyard Kipling down through to some lines on village worthies written by a local in the 1870's.  It includes some heartfelt lines by Jim Copper as he considered the impact that imported food was having on the land he had worked on.

Where are the farmers of England today?
They've gone but for no good reason,
So wake up, young England, commence right away,
And let's have more big farming seasons.

Just four years after writing these lines, Jim was to have his way, unexpectedly, as the outbreak of World War II renewed the need for home-grown food.

What of Bob's own poems.  Well, it is probably fair to say that Bob real métier is in his skilfully constructed prose, but in the poems we probably come closest to his innermost thoughts.

The songs must come in somewhere and one chapter has Bob retelling a story written by Arthur Beckett in a Sussex County Magazine of the 1920's, where he describes an encounter with a drunken and dishonest itinerant woman but is heartened in the encounter by the fact that she was able to supply him the tune of Twankidillo which Arthur had been searching for years.  The irony is that both were wandering through Rottingdean at the time, where several members of the Copper family could have sung the song for him.

In the last chapter, A Living Tradition In Sussex, Bob takes the reader through the generations that he has known singing the songs - from his grandfathers, to last year's Christmas party when six of his grandchildren, aged 18 to 33, lined up with a surprise for him: 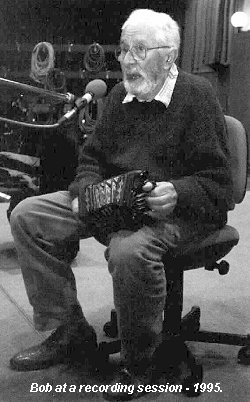 Was it some parlour game, a variant of charades, perhaps?  But, no, what ensued whisked me back from the present time with all its manifest conveniences and comforts to the Spartan days of my early boyhood in the 1920s.  The world of open fires, oil lamps and candles; steamy washing days with cold meat for dinner; freezing bedrooms with chamber-pots under iron bedsteads and earth closets down at the end of the garden path.

For, with family song-books held in front of them, and with a few preparatory hums and haws and a shuffling of feet, they sang, sweetly and sincerely, a song I'd first heard nearly eighty years before.

As well as gladdening the heart of an old man, those six grandchildren delighted the friends who gathered at this book's launch in Lewes earlier this month.  Hopefully, there will be many other opportunities for the coming generation of Coppers to delight those who undoubtedly will want to hear them.