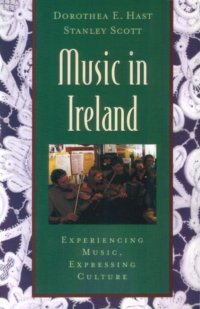 Numerous books have been published on the subject of Irish traditional music over the last decade, but surprisingly few are still in print.  Those that remain include Fintan Vallely's The Companion to Irish Traditional Music, still the most comprehensive roadmap for those wishing to navigate the genre (though obviously becoming more dated as each year passes).  Then there is Ciaran Carson's pocket-sized Irish Traditional Music which, despite its own references being even more dated - it was published in 1986 - still captures the author's enthusiasm for the music more than any other book on the subject.

At this point I must clearly interject the question, “What happened to The Rough Guide to Irish Music?”  Erroneously described as a 'pot-boiler' (Munnelly et al, passim), this chunky tome, written by myself and Sue Wilson, bit the dust when its publisher decided to ditch the format.

So, the addition of two new books to the subject's canon should be welcomed, though perhaps neither will leave you opening your arms in anticipation.

Hast and Scott's relatively short work is part of a series, subtitled 'Experiencing Music, Expressing Culture', clearly aimed at academics running courses on Irish traditional music (sometimes under the bastardised heading of 'Celtic music') and their students in US universities and colleges.  However, do not allow that to become a deterrent because, for the main part, the two authors seem to have not only become immersed in their subject but risen to the surface with a grasp of its key points undiminished by their ducking.

Though clearly Hast and Scott do not quite have a complete grip on Irish history (did Wolfe Tone really lead a rebellion in 1796?), they do have a feel for the music and their accounts of the histories of the dance and song traditions are generally cogent and easy on the understanding of neophytes.  However, there is a noticeable clash of styles.  Two chapters, 'Invitation to a Session' and 'Singers, Sessions and Songs' are written in the first-person.  Presumably, this aims to give readers a 'first-hand' experience (a mode often employed by Open University textbooks) of sessions featuring, respectively, musicians in Clare and singers in Dublin, but both sit rather oddly in comparison to the more formally composed chapters (with their suggested listening activities) which follow or precede.  The last chapter, 'Irish Music in the Global Marketplace', with its over-emphasis on the impact of the Riverdance show, also very much feels like an unnecessary addition and adds very little to the plot through which these authors have so far successfully steered.

Like all books on the subject there are noticeable errors (yes, I know, hands held up - me too) and certain denizens of West Clare will be delighted to know that they reside in a place called 'Midtown Malbay'.  However, Hast and Scott have clearly tried to research their subject thoroughly and some of their interview transcriptions - with the likes of Len Graham, Pádraigín Ní Uallacháin and Kevin Crawford - put flesh on already beefy bones.

Additionally, the book comes with an associated 27-track CD, closely linked to the 'listening activities' described above, which features previously unreleased recordings of the following; Junior Crehan, Michael Tubridy and Tommy McCarthy in session in Clare; Kitty Hayes; Mary Mac Namara; Kevin Crawford; Jerry O'Sullivan; Jerry O'Reilly; Len Graham; and, the band Lúnasa.  Though perhaps the authors might have included other more skilled musicians than allowing their own lesser abilities the chance to describe a point.  The above list will also suggest that there is perhaps an over-emphasis on the music of Clare. 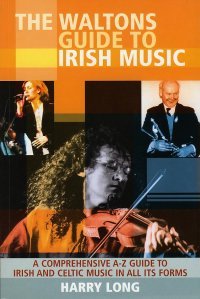 So, at Ł10.99, including the CD, Music in Ireland really does represent a bargain.  Unfortunately, costing a few quid more, the same can never be said about Harry Long's The Waltons Guide to Irish Music.

I learnt long ago to be wary of books whose cover includes a misprint and sadly Long's reckons that there is a band called 'Cappercaillie', an error repeated throughout the band's mentions in his 'comprehensive A-Z guide to Irish and Celtic music in all its forms'.

Now let's just backtrack to that subtitle.  It's only within his introduction that the author informs his readers that his focus is upon traditional music, so anyone looking for details of the Irish jazz scene or the work of Breton crossover flute-players should definitely look elsewhere.

On glancing at Long's tome, however, said expressed focus is clearly as fixed as a pylon in quicksand, for readers will find entries on the classical guitarist John Feeley, the more-middle-of-the-road-than-white-lines duo of Foster and Allen and the very Irish-influenced country of Argentina.  Additionally, there are astonishingly long entries on musicians who might have influenced a small part of the modern song tradition (Woody Guthrie, for example) and others which reveal no editorial balance regarding the importance of their subjects.  A whole page and more on the massively influential Australian band, The Barleyshakes, is obviously justified, but, in comparison, Long has chosen to waste a dozen lines on the little known fiddler Michael Coleman.

Long's key problem, as identified in his introduction, is that he first began work on this book in 1995.  His second is that he seems to have slipped into narcolepsy a year later, only re-emerging around 2004.  So, many worthless entries cover musicians who rapidly slipped from public view post-1996 (Skirm anyone?) while others seldom tell us anything more about their subjects beyond that year.

And then there are the errors!  Now, every book on Ireland's music is riddled with these, but Long sets new high-jump records with his own.  The best is unquestionably his belief that a band called the Boys of Sligo recorded an album called Dervish (and not the other way around), but Noel Hill might be surprised to learn that he released two solo albums between The Irish Concertina and 2005's The Irish Concertina 2.  Mark Kelly might also be dumbfounded to discover that he left Altan in 1994.  Add to these a multitude of the most fundamental mistakes when Long simply tries to describe the music, and the fact that his writing style consists only in delving deeply into The Boy's Big Book of Musical Journalism Clichés.  I could also mention plagiarism and Long's likely sources for some of his accurate information, but I would not stoop so low.

The upshot is that The Waltons Guide is as well informed as a Coronation Day flag-seller still looking for regular employment, and about as accurate as his publisher's use of apostrophes.