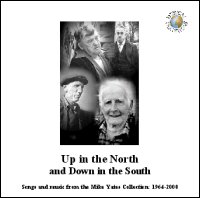 I'm very pleased to be able to announce our second collaboration with Mike Yates - another double CD containing a selection of otherwise unavailable songs and tunes from his collection, recorded 1964-2000 ... nineteen of which have never before been released.

The two CDs contain 53 tracks, running time 148 minutes, and are accompanied by a 36 page A5 booklet   They cost just £16.00.  See our Records page to order.  As usual, the complete Booklet Notes are presented as an Article on the site.

* Tracks with an asterisk are previously unreleased.

Alan Bearman, concerned by the non-appearance of the EFDSS' Folk Directory last year - and of it's announced successor Root Source - has apparently begun compiling an alternative, to be known as Direct Roots.  This pubilcation has been recently trailed in the press, together with some of Alan's thoughts and opinions on the subject.

An EFDSS Press Release appears to be a little worried - here are some of the more important details:

I'm very pleased to announce that Alan's worries of Root Source disappearing are completely unfounded.  Root Source (the new name for the Folk Directory - a regular EFDSS publication for over 35 years) is healthy and thriving.  We have taken the decision to publish in an internet-based format for three reasons - firstly for cost, secondly for breadth of access, and thirdly so that it can be updated much more often than an annual paper-based directory.  Anyone with access to a public library or educational establishment can now access the internet, and find the most up-to-date folk information they need.

Our new domain name - www.rootsource.co.uk - is active and working, and you will find the EFDSS Folk Festivals Listing there at the moment.  Within the next few weeks, we will be putting up our Root Source Database - compiled from information submitted to EFDSS.  This database will be fully searchable, and frequently updated.  It has far too many categories for me to list here, but if you drop by the site you can see for yourself what is planned.

They are also alarmed that misconceptions regarding the fate of their new CEO, Phil Wilson, are circulating:

For those who have not seen the EFDSS press release on recent staff changes - may I rectify Alan's misunderstanding in saying that Phil Wilson has left EFDSS?  Phil is still very much an active part of the organisation as the Strategic Director, and there is a new Chief Officer in the person of Tim Walker - whilst the job titles have changed, the commitment to excellence in the field of folk has not.

One of our regular readers, Stephen Miller, has just edited a new book bringing together pieces (major and minor) by Gavin Greig.  This 168 page book is published by Chiollagh Books, and gathers together his writings on Scottish folk song rather than reproducing songs - though it should be pointed out that a good number of song texts do appear in several of the 12 sections.

Copies are available from Stephen at £14.95 (including p&p).  Anyone be interested in obtaining a copy should simply e-mail him at: s.miller@socsci.gla.ac.uk or write to him at: 15 Crown Road North, Glasgow. G12 9HD

John Meredith, Australia's greatest folklore collector died on 16 Feb at Albury, aged 81.  He collected a large part of the collected Australian folk song canon.  He was the first person in Australia to use a tape recorder to record traditional singers, musicians and reciters, in the early 1950s.  During that time he formed the original Bushwhackers - thereby establishing the modern Australian bush band genre, performing in the original Sydney production of Reedy River.  He played a key role in establishing the first Australian Folklore Society and the Sydney Bush Music Club.  In later years he wrote widely on many subjects, mainly relating to Australian folklore and history. 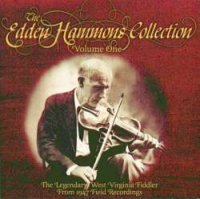 I'm very pleased to announce a tie-up between the West Virginia University Press Sound Archive and MT which enables us to sell their recordings which have been hitherto unavailable in the UK.  Their superb Edden Hammons Collection Volume II, a double CD recently reviewed here, is now available at £16, as is Volume I, a single CD at £12.  The complete sleevenotes from the LP version of this latter release appeared as an article in Musical Traditions No 10, Spring 1992 and have also been available on the CD-ROM version of the magazine.  This fascinating article is now available online in these pages.

Louis Watson Chappell made these recordings in 1947 towards the end of a decade of collecting West Virginian traditional music - the resulting 647 aluminium discs he made are all in the WVU Sound Archive and will form the backbone of future CD releases from the label, together with other similar collections of recordings. 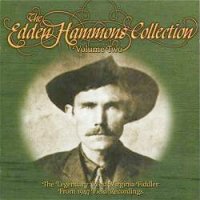 Their latest offering, due to be released in May 2001, is a CD of Johnny Johnson, another superb fiddler whom Professor Chappell recorded in the same week as Hammons!  Edden had lived a backwoods life largely unaffected by modern musical styles, and since he was recorded as an old man, his music gives us a fascinating window back to 19th century fiddling practice.  Johnson, on the other hand, was only 30 when the discs were cut ... he was at the height of his powers and considered to be 'the hottest damn fiddler in the history of West Virginia'.

A brief sketch of the man and the recordings - together with several extensive sound clips from a pre-production version of the CD - is now available on this site.  The finished CD will be available from us about a month in advance of the release date.

MT is extremely pleased and excited at having been selected to make this wonderful music available in the UK.

Irish traditional music and its musicians are saddened by the death of Paul Davies, a great musician and for many years supplier of fine flutes and concertinas to some of the Ireland's best traditional musicians.  He passed away on Thursday 18/1/01 around 10pm, in the city of York, following a massive heart attack.

Paul was a master of several instruments especially the flute, concertina and the harmonica.  His playing of slow airs was very highly regarded.  This was all lost in 1996 when a stroke meant he could no longer play the flute, his favourite instrument.

As a repairer and restorer he had no equal - he was a true master of the art.  Many an old instrument was brought back to use through his artistry.

His remains will be cremated on Tuesday 30/1/01 in York Crematorium.  He was 60 years of age and is survived by his wife, Turbid and son, Magnus.  He had many friends in Irish music and was a great supporter of young musicians.

Irish traditional music and its players were lucky to have had such a good friend.

Just in is a Press Release from the British Library telling me that the National Sound Archive has its entire catalogue online, using the Cadensa system with Sirsi's Unicorn software and Webcat browser.  Fearing the worst, I went to have a look - and was much impressed.  The home page downloaded in just two seconds ... it's about ten paragraphs of text and a small graphics button displayed in two places, and contains just a little Javascript.  The button takes you straight to the Catalogue Search in about half a second.  I entered George Townshend, hit the Name button, and got the entire contents of MTCD304 in about one second!  This is truly impressive.  No eye-candy - just information delivered efficiently.  If only all sites were like this!

Almost 2.5 million recorded items are listed and the catalogue is updated daily ... but before you get too excited I have to tell you that this is all data, not actuality - you can find out if they have what you want to hear, but you still have to traipse up the Smoke to actually hear it.  Still, you can at least book your listening session direct from the site while you're there.

Chris Clark, head of Public Services at the NSA says 'In the longer term we will add links from the catalogue to digitised copies of the recordings, making the collections even more accessible, where we have secured the right to do so.'  He does not define 'longer term'.  Still, it is a start, and a very well implemented one.  Try out www.cadensa.bl.uk and see what you think.  It has to be rather better than an automated voice-mail system! 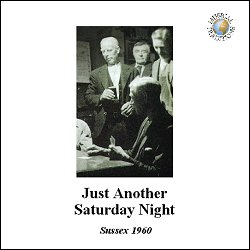 "And the last shall be first" ... maybe not an entirely accurate quote, but aposite here, since what I had hoped would be our last 2000 CD release has now become our first in 2001.  Two late contributions of information for the accompanying booklet made it our largest to date - 36 A5 pages - but caused me to hold off publication for a few days, and then the New Year and a family outing intervened, so that it's now the second week of January which sees the release of Just Another Saturday Night: Sussex 1960.

This is another double CD publication, made up of practically all the recordings Brian Matthews made in five Sussex pubs in 1960 and the last couple of months of 1959.  Performers include Pop Maynard, Brick Harber, Jim Wilson, George Spicer, Harry Holman, Cyril Phillips, Scan Tester, Louie Saunders (Fuller), and a previously unheard Traveller singer Sarah Porter and other members of her family.  There are 51 tracks, all of which are previously unpublished (except for the Pop Maynard tracks which also appeared on his 'special' MT release of November in an un-cleaned form).  As usual, the complete booklet notes are available as a Article in the magazine.  I am very pleased to be able to publicly thank MT Friend Chris Hickson for his generous sponsorship of the production costs of these CDs.

Just Another Saturday Night costs £16 inc. p&p, and is now available from MT via our Records page.