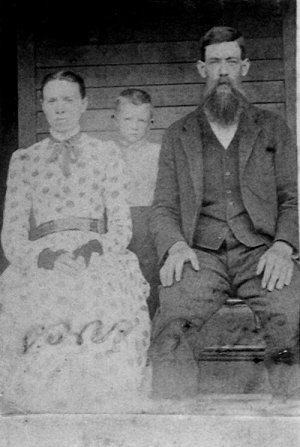 September 1, 1916 was, according to Cecil Sharp a wet and dismal day.  Sharp was in Unicoi County, Tennessee, collecting songs with the help of his secretary, Maud Karpeles.  The pair had trudged some 14 miles on foot that day, but their journeying had yielded little in the way of folksongs.  But things were to change suddenly, as Miss Karpeles noted in her unpublished autobiography:

But I think that the greatest prize was the one that we secured at the end of a long and disappointing day when we had been on the go from six a.m.  to six p.m.  We had obtained practically nothing of value, and we were walking a few miles of the end of our tramp we noticed a log-cabin perched on top of a sharp incline.  We debated whether we should or should not make one more attempt and finally decided to call at the cabin, though not very hopefully; but after a short conversation there fell on our ears The False Knight on the Road, surely one of the most dramatic ballads in the English language.

Got a few songs and on the way home called on Mr & Mrs Coates, from the latter of whom I got a fine ballad The False Knight and an interesting variant of The Wraggle Taggle Gipsies O.  Altogether a very successful if fatiguing day.

Sharp and Karpeles were in the area around Flag Pond, Tennessee, a small settlement just over the State line from Madison and Yancey Counties in North Carolina.  By chance they had stumbled upon the home of Eliza and Gabriel Coates who, over a two day period, gave Sharp a total of nine songs, including their first version of the ballad The False Knight upon the Road (Roud 20, Child 3).  Eight of the songs came from Eliza and one song, Lazarus (Roud 6566), from the singing of both Eliza and Gabriel.  For some reason, Sharp noted Gabriel's name as 'T G Coates', although his correct name was James Gabriel Coates and his family knew him as Gabriel.  Eliza, who was better known as 'Liza', was simply referred to as 'Mrs T G Coates' by Sharp.

We now know that James Gabriel Coates (born July 12, 1856 - died March 8, 1929) was the son of John W Coates and Winnie Emmaline Coates, née Ray.  In 1892 James Gabriel Coates married Eliza (Liza) Jane Allen (born November 15, 1866 - died February 10, 1936), the daughter of Nathan O Allen and Martha Lucinda Allen, née Wheeler.  Despite living in 'grinding poverty' (a phrase used by their grandchildren) Gabriel and Eliza managed to raise a large family, comprising 4 sons and 6 daughters, one of whom, Elizabeth 'Lizzy' Jane (born 1902 -died 1995), was singing a 27 stanza version of Mathey Groves until shortly before she died.  Lizzy had made it to college and became a teacher, as did two of her sisters.  According to Coates' family tradition, the first members of the family had arrived in America as 'Irish missionaries' and had settled originally in South Carolina; whilst the Allen family believed that they were of 'German-Dutch' origin.  This latter comment is interesting, especially as when Cecil Sharp met Mrs Coates' brother, the singer John Allen of Boldens Creek, Yancey County, NC, on October 7, 1918, Sharp called Mr Allen 'a tall Scotchman'.

Recently Malcolm Talor, Elaine Bradtke and myself included Eliza Coates' splendid version of The False Knight upon the Road in the book Dear Companion.

2 But this was not the only version of the ballad that Sharp was to find in the Appalachians.  Eleven days after meeting Mrs Coates, Cecil Sharp was to note a second version from Jane Gentry of Hot Springs in Madison County, NC, and I am inclined to think that it was the discovery of Mrs Coates' version that prompted Sharp to ask Mrs Gentry whether or not she knew the ballad as well. 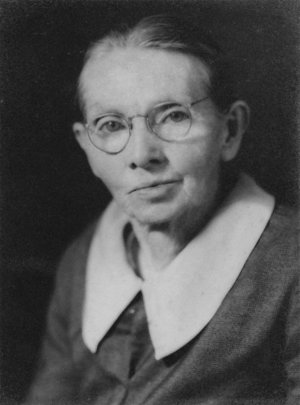 Mrs Coates' version of The False Knight appears to be unique in that it includes a sung opening line, 'The false knight met a child in the road', which is used to 'set the scene' of the ballad.

Both versions of The False Knight upon the Road were included in Sharp's monumental 2 volume set English Folk Songs from the Southern Appalachians' (London, 1932, reprinted 1952 and 1960).  Also included in these volumes were the Coates' versions of Lazarus (Roud 6566), The Gypsy Laddie (Roud 1, Child 200), The False Lover's Farewell (Roud 419), Come All You Fair and Tender Ladies (Roud 451) and The Sheffield Apprentice (Roud 399).  Lazarus was not the ballad that Professor Child had included in his collection (Dives and Lazarus - Child 56, Roud 477), but, rather, a later religious song, which some collectors have, over the years, tried to 'claim' as the 'Child ballad'.

4 It is also distinct from another, and similarly titled piece, Po' Lazarus (Roud 4180), which has been noted on a number of occasions in the American South.

The Coates' family version of Lazarus opens with the following stanza, surely one that the poet William McGonagall would have been proud to have penned:

There was a man in ancient times,
The Scriptures doth inform us,
Whose pomp and grandeur and whose crimes
Was great and very numerous.
This rich man fared sumptuously each day
And was dressed in purple fine linen.
He eat and drink, but scorned to pray,
And spent his day in sinning.

One of the most interesting songs that Eliza Coates gave to Cecil Sharp was her version of The False Lover's Farewell, one of the best-loved, and most characteristic, of the Appalachian songs.  Sharp alone collected 10 versions of the song which, in essence, is made up of floating stanzas.  On September 2, 1916, Eliza Coates' text ran as follows:

As I walked out one morning in spring,
For to hear the little birds sing sweet,
I leaned myself against an old oak tree,
For to see two lovers meet. 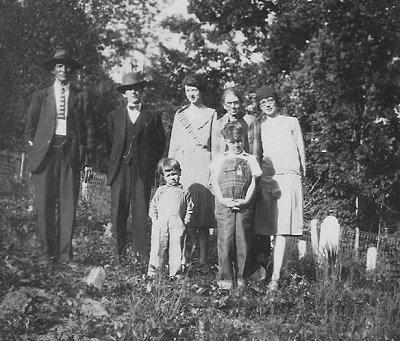 For to see two lovers meet, my dear,
And hear what they did say,
That I might learn a little more of their mind,
Before I was forced away.

Come in, come in, my old true love,
And sit you down by me,
For it has been three-quarters of a year
Since together we have been.

I can't come in, my old true love,
And I ain't got a moment to stay,
For I heard you give your heart to another young man,
And I've no more time to stay.

I've climbed as high a tree as there is,
And I've robbed as rich a nest,
And I'll come down without e'er a fall,
And I'll marry who I do love best.

Although separated by some 3,000 miles in distance and some 80-odd years in time, it is fascinating to realize how similar this is to lines that Scottish Travellers are still singing today.  Compare the final stanza above with the following, for example:

But I mean to climb up some higher tree,
To harry a white snowflake's nest,
And down shall I fall, ay, without any fear,
To the arms that loves me the best.

The discovery on September 1, 1916, of The False Knight upon the Road was one of the high points in Cecil Sharp's collecting career.  But even this was not sufficient to make up for the news that awaited him when, on the following day, he returned to his lodgings having just noted The Sheffield Apprentice, his final song from Mrs Coates.  That day's diary ends with this comment about Sharp's friend, the composer George Butterworth who had been fighting at the Battle of the Somme:

The mail came from England and brought me the terrible news about poor George Butterworth's death.  Go to bed feeling very, very sad.

I wish to thank Mr & Mrs Charles Hurd of Johnson City, Tennessee, for kindly supplying the photographs and much of the biographical information that can be found in this short article.

1 - For a photograph of John Allen see my article Cecil Sharp in America on the Musical Traditions website.

4 - A version recorded in 1939 from the Kentucky singer Aunt Molly Jackson was included on the Library of Congress LP Child Ballads Traditional in the United States (AFS L57), for example.

6 - False, False Hae Ye Been to me My Love from the singing of Christina MacAllister, in MacColl & Seeger, Travellers' Songs from England and Scotland. London, 1977. pp.208-10.