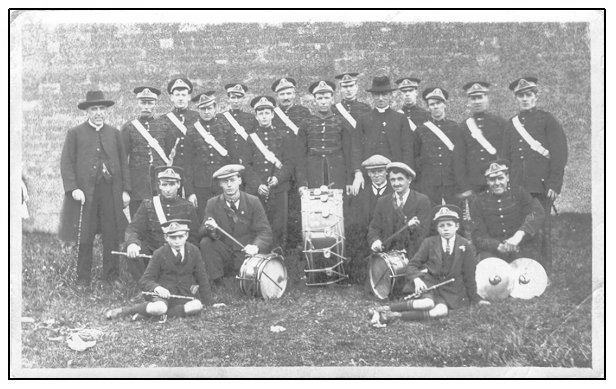 Unidentified fife-and-drum band.  The twelve adult band-fife players, the cymbals player and the bass drummer are in formal band uniform, and the two boys with band fifes just have a uniform cap.  Strange that the two side drummers are in civvies.  The two members of the clergy, indicate this being a parish band (almost certain if they are Roman Catholic) or a temperance band.  They could, of course, be an Orange band.
A private photograph.  Provenance not known.  Late 1920s or 1930s, judging by the boys' clothing and the band caps.
From the Reg Hall Collection.